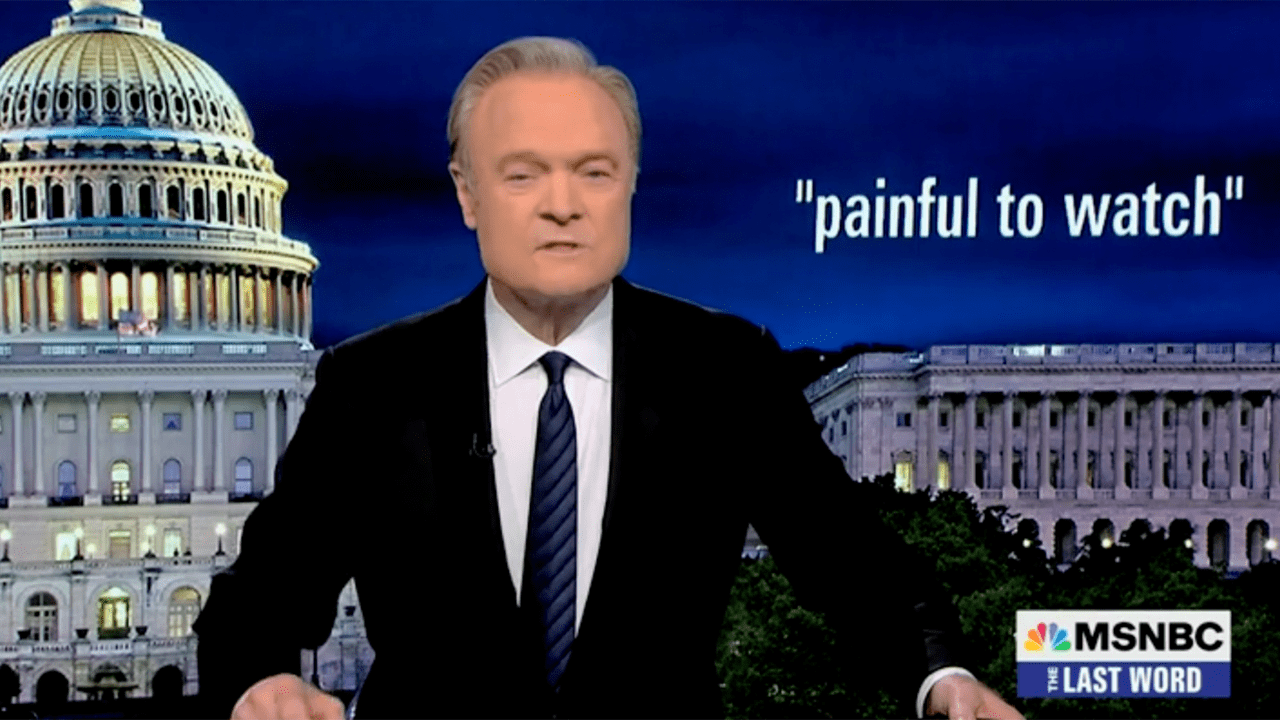 The host of “The Last Word with Lawrence O’Donnell” argued that if today’s media were around during Churchill and FDR’s time in office, they would have claimed both men’s performances were “painful to watch.”

The lingering health effects of Fetterman’s stroke from last May were present during his debate Tuesday night as he clearly had trouble responding to both the debate moderators and his Republican opponent, Dr. Mehmet Oz. Each of his questions had to be transcribed for him in real time during the evening to assist him in answering.

Even liberal media outlets claimed Fetterman’s performance was “painful to watch,” a criticism that prompted O’Donnell to pull out his Churchill and FDR comparison.

O’Donnell opened the lengthy monologue by reading an excerpt of the book “Winston Churchill’s Illnesses,” which he emphasized is a “522-page book about Winston Churchill’s illnesses, nothing but his illnesses.” He added that the work is filled with the former British prime minister’s “many, many illnesses,” including accounts of his strokes.

O’Donnell said, “During all of those illnesses including the stroke, Winston Churchill was serving as the now still widely regarded greatest British prime minister in history.”

MSNBC’s Lawrence O’Donnell compared Democratic Senate candidate John Fetterman to Churchill and FDR, who led while they were ill.

O’Donnell also mentioned how FDR suffered from Polio and “lost the ability to walk or even stand up at the age of 39.” He then noted how FDR went on to win “two elections for governor of New York and then won four presidential elections in a row and he did all of that in a wheelchair.”

Referencing how Roosevelt would sometimes hold himself up for speeches, O’Donnell stated, “He worked his way through those rare standing speeches that way, pouring the kind of sweat that today’s HD television cameras, would pick up and dwell on, and perhaps make some observers say, ‘It was painful to watch.”

Prime Minister Churchill arrives at the White House with President Roosevelt. It is presumed that the two will discuss military plans for the European theater.

He then compared the health struggles of both men to Fetterman, claiming that reason the Senate candidate is being criticized for his health is because the media is much more present than it was during the 1940s.

The host continued, saying, “But Franklin Roosevelt and Winston Churchill had the good fortune to serve as the highest elected officials in their countries long before television news could cover their every move and long before Twitter could have people pumping out their instant reactions to their public appearances.”

O’Donnell finally got to Fetterman, stating, “Painful to watch quickly became an oft-repeated phrase on Twitter last night during the Pennsylvania Senate campaign debate because Democratic Candidate John Fetterman suffered a stroke this spring and has not fully recovered 100 percent of his verbal fluency.”

He then spelled out his central point, stating, “The ‘painful to watch’ reviews last night seemed oddly disconnected to this country’s own experience with illness in elected office.”