NBA-LeBron on Sarver punishment: ‘league definitely got this wrong’ 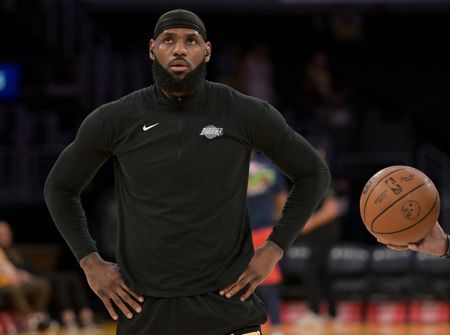 Sarver, who bought the Suns and the WNBA’s Phoenix Mercury in 2004, was suspended by the NBA for one year and fined $10 million on Tuesday after an independent investigation into allegations over workplace misconduct.

James, a four-time NBA champion and the face of the league, said he read through details of the Sarver story a few times and feels the league should have no tolerance for such behavior regardless of the offender’s status.

“Our league definitely got this wrong. I don’t need to explain why. Y’all read the stories and decide for yourself,” James wrote on Twitter. “I said it before and I’m gonna say it again, there is no place in this league for that kind of behavior.

“I love this league and I deeply respect our leadership. But this isn’t right. There is no place for misogyny, sexism, and racism in any work place. Don’t matter if you own the team or play for the team. We hold our league up as an example of our values and this aint it.”

Sarver released a statement after the punishment was handed down and said he disagreed with some of the particulars of the NBA report but wanted to apologize for his words and actions that offended employees.

NBA Commissioner Adam Silver, speaking to reporters after the league’s Board of Governors meetings concluded on Wednesday, indicated that Sarver’s punishment could have been stiffer had investigators not determined that his use of slurs was not motivated by racial or gender-based animus.

“It was relevant,” Silver said of the committee’s conclusion. “I think if they had made findings that, in fact, his conduct was motivated by racial animus, absolutely that would have had an impact on the ultimate outcome here. But that’s not what they found.”

(Reporting by Frank Pingue in Toronto. Editing by Gerry Doyle)