NY Gov. Hochul acknowledges ‘there is a crime problem’ after calling Republicans ‘manipulators’ on issue 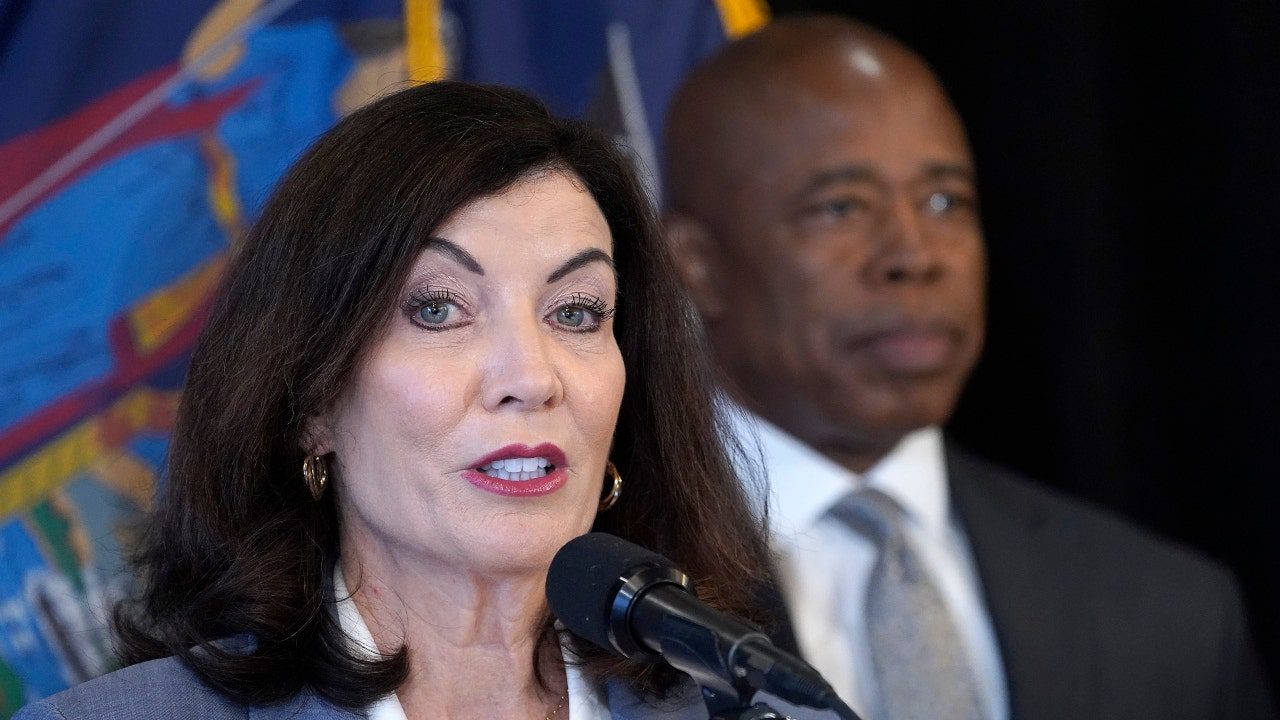 New York Gov. Kathy Hochul on Wednesday acknowledged that “there is a crime problem” in her state as the election looms less than a week away.

Speaking on NY1 “Mornings On 1,” Hochul pointed to coordinated efforts by her and New York City Mayor Eric Adams to address mental health issues, tighten security on subways and get guns off the streets to further clamp down on crime.

Hochul has ramped up her tough stance on lawlessness as the election nears, though her Republican opponent, Lee Zeldin, continues to blast her on New York crime rates.

“I acknowledge there is a crime issue. It’s not new to me because it’s election time, I’ve been working on this throughout my entire time as governor,” she said.

It is a shift in tone since Hochul appeared on Al Sharpton’s MSNBC show Sunday and called Republicans “master manipulators” on crime.

“They have this conspiracy going all across America trying to convince people that in Democratic states that they’re not as safe,” she said. “Well guess what? They’re also not only election deniers, they’re data deniers.”

The governor went on to argue that violent crime was actually down in her state.

“The data shows that shootings and murders are down in our state by 15% in New York City, down 20% on Long Island where Lee Zeldin comes from,” she said,

Hochul argued that Zeldin’s stance on guns is counter-productive when it comes to fighting crime.

“He thinks it’s all right for 18-year-olds to buy an AR-15,” she said, adding she changed that law following the Buffalo massacre. “He thinks it’s OK to not have background checks. He opposes what we call the ‘red flag’ laws.

“You can’t be tough on crime if you’re soft on guns,” she added, according to NY1.

Lawlessness has been a top talking point for Republicans looking to take Democratic seats in not only gubernatorial campaigns, but throughout congressional races.

“Murders and shootings down 15 percent since I’ve been governor,” she pointed out, adding that she is now to counter property crime, like car theft, is up.

The governor has ramped up her messaging when it comes to tackling crime and ended her latest campaign ad by looking into the camera and saying, “You deserve to feel safe, and as your governor, I won’t stop working until you do,” first reported Politico.

The GOP hope Cuomo’s scandals, COVID policies and high crime rates will be enough to persuade New York voters to elect the first Republican candidate to the governor’s office in 20 years.

If elected, Hochul would become the first female candidate voted in as New York’s governor.