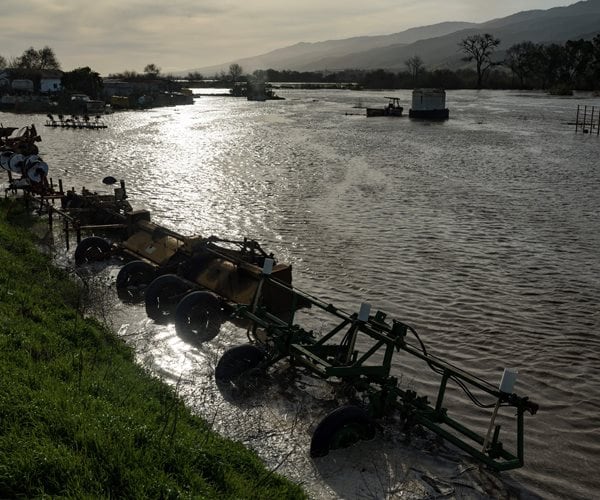 The rising Salinas River in Northern California is expected to flood and could cut off the Monterey Peninsula from the state.

“If anyone was here in 1995, you know that during a large flooding event, the Monterey Peninsula became an island — people were either stuck on one side or the other,” Monterey County Sheriff Tina Nieto warned Wednesday evening.

“We anticipate that we’re going to go into a similar situation, but not as bad,” Nieto said. “Some of the roadways are going to be closed, and you could be stuck on one side or the other.”

The peninsula includes the towns of Monterey, Pacific Grove, Pebble Beach and Carmel.

The sheriff’s office updated evacuation warnings to evacuation orders Wednesday in low-lying areas near the river.

“Monterey Peninsula may become an island again like it did in the ’95 floods, so please start preparing now,” the sheriff warned.

Nieto said it could be days before residents can return home.

A series of storms have caused dangerous flooding across California and caused at least 18 deaths.