On this day in history, Nov. 3, 1956, ‘The Wizard of Oz’ debuts on TV, elevates old film to American classic 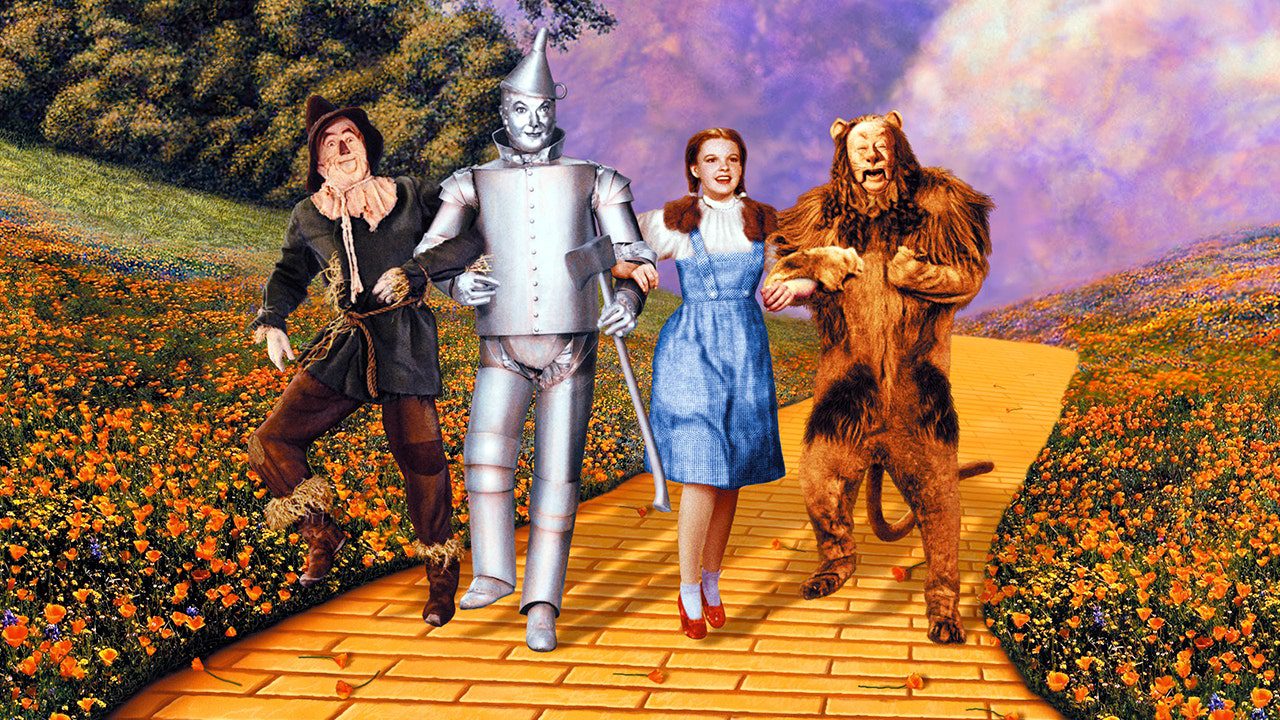 “The Wizard of Oz,” the Hollywood epic beloved by generations of Americans for its fantastical allegory rooted in love of heartland, home and family, appeared on television for the first time on this date in history, Nov. 3, 1956.

“With its dazzling special effects, costumes and sets rendered in vibrant Technicolor, ‘The Wizard of Oz’ represents one of the greatest achievements in movie magic.”

“The Wizard of Oz” was a best-selling 1900 book by Frank L. Baum. The story enjoyed several stage and screen productions in the decades that followed.

The 1939 film featured 17-year-old actress Judy Garland performing “Over the Rainbow,” her beloved terrier Toto, a terrifying tornado and the groundbreaking use of color technology.

It became a critical success and was nominated for six Academy Awards.

It was “a rare instance in which a great book became a great film,” the Library of Congress reported.

ALISON SWEENEY KICKS OFF THE HOLIDAY SEASON WITH NEW MOVIE, AND SHARES THE SECRET TO A SUCCESSFUL MARRIAGE

But even then, the movie failed to make a profit, Forbes reported in 2019.

“The Wizard of Oz” only started to make money for MGM after it was re-released in theaters in 1949 and 1955.

Television, not the silver screen, made “Wizard” the pop-culture sensation it’s known as today.

The debut 1956 broadcast on CBS attracted 35 million viewers, according to a 1967 report by Time magazine, which called the production “the most popular single film property in the history of U.S. television.”

That was more viewers than any movie could ever reach in a single night.

The TV broadcast “changed the whole nature of that movie,” Hollywood historian Scott Essman told the LA Times in a 2013 interview.

“It became an event to see this film.”

“The Wizard of Oz” was not shown again on television until December 1959. Watching it became an annual holiday-season tradition in millions of American households.

JUDY GARLAND’S THREE CHILDREN REFLECT OF GROWING UP WITH ‘WIZARD OF OZ’ STAR: ‘SHE WASN’T TRAGIC’

“Over the years, ‘Oz’ has captured an average 53% of all sets in use at the time (30% is considered high),” Time reported of the movie’s first decade on TV.

Television, not the silver screen, made “The Wizard of Oz” a pop-culture sensation.

Yet the legend of “The Wizard of Oz” had already been secured in the hearts of American movie fans.

“Because of its many television showings … it has been seen by more viewers than any other movie,” wrote the Library of Congress.

“The Wizard of Oz” has been named America’s favorite film of all time in numerous polls, while the National Endowment for the Arts and the Recording Industry Association named its signature tune, “Over the Rainbow,” the greatest song of the 20th century.

“Over the Rainbow” remains a classic of American songcraft. It’s a soaring ode of hope — “where troubles melt like lemon drops/away above the chimney tops” — sung by a young girl from the rails of a struggling dusty Kansas family farmhouse.

“‘The Wizard of Oz’ has been seen by more viewers than any other movie.”  — The Library of Congress

The song captured the spirit of an optimistic nation as it struggled to emerge from the Great Depression, while war clouds swirled ominously overseas.

The movie was released nationally on August 25, 1939 — just one week before Germany invaded Poland on Sept. 1, plunging Europe into World War II.

The movie, and the song, launched teenager Garland into the stratosphere of American movie icons.

When she died of a drug overdose in London in 1969, Garland was just 47 years old. But she remains one of Hollywood’s most beloved performers based largely on her role as Dorothy Gale.

Judy Garland in a scene from the 1939 film “The Wizard Of Oz,” performing “Over the Rainbow.” The tune won an Oscar for best original song and is considered by many critics to be the greatest song in American history.
(Photo by Metro-Goldwyn-Mayer/Getty Images)

Television kept her legend alive for generations in a way no other movie has ever enjoyed.

“Gone with the Wind” won the Oscar for best picture in 1939, while “Citizen Kane,” also released that year, is considered by many critics the greatest American film, in an incredible year of Hollywood magic.

Yet “Gone with the Wind” did not appear on television until 1976, 20 years after “Wizard.” And for all its deserved critical acclaim, “Citizen Kane” never enjoyed the same widespread appeal of its 1939 counterparts.

“There’s no place like home,” Dorothy whispers hopefully at the end of the “The Wizard of Oz,” tapping her ruby red slippers together, wishing the wizard would deliver her and Toto back to Kansas.

Americans learned that there was no place like home to follow her dreamy journey to Oz 66 years ago today.