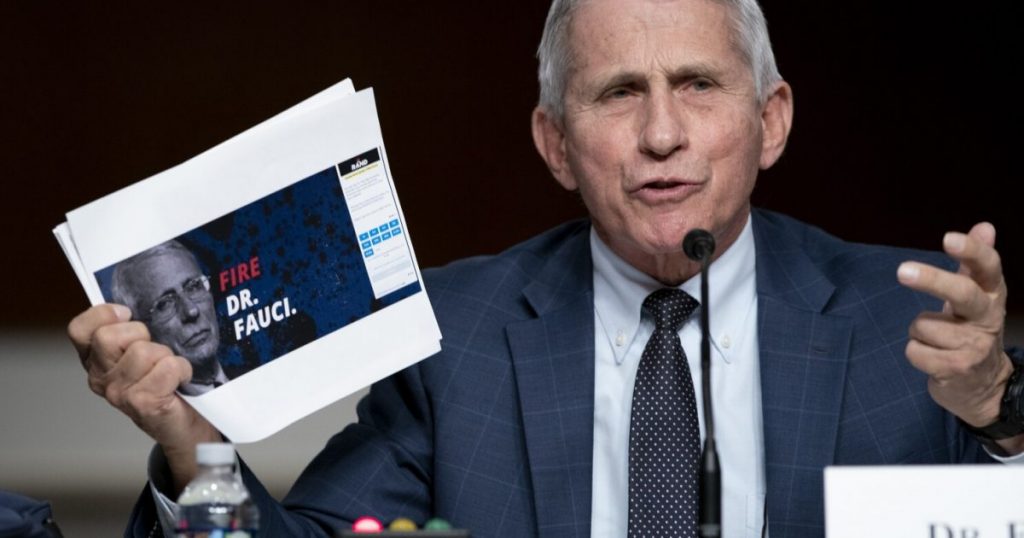 Dr. Anthony Fauci, director of the National Institute of Allergy and Infectious Diseases and chief medical adviser to the president, testifies before a Senate Health, Education, Labor, and Pensions Committee hearing to examine the federal response to COVID-19 and new emerging variants, Tuesday, Jan. 11, 2022 on Capitol Hill in Washington. (Greg Nash/Pool via AP)

NIAID (National Institute of Allergy and Infectious Diseases) Director Anthony Fauci is stepping down from his his public health position amid Republican calls to investigate him after they win back the House. Dr. Fauci announced plans to step down in December after holding the position since 1984

For Republicans, however, this in no way means Fauci is off the hook. In an interview Monday, House Oversight Ranking Member James Comer (R-Ky.) said retirement will not shield Fauci from congressional scrutiny. He said Fauci will be held accountable for apparently lying about the origins of COVID-19, gain-of-function research and his mishandling of the coronavirus outbreak. Comer also said a Republican majority in Congress will hold Fauci’s NIH (National Institutes of Health) accountable for the improper use of taxpayer funds to fund questionable research in China.

One of the largest thorns in Fauci’s side, Sen. Rand Paul (R-Ky.), could potentially be the next chairman of the Health, Education, Labor and Pensions Committee. On Monday, Paul said Fauci’s resignation will not prevent a full-throated investigation into the origins of the pandemic and he will testify about the lab leak under oath.

Fauci’s resignation will not prevent a full-throated investigation into the origins of the pandemic. He will be asked to testify under oath regarding any discussions he participated in concerning the lab leak.

However, Fauci claims the all but inevitable investigations headed his way had no bearing on his decision to retire.

“I have nothing to hide and I can defend everything I’ve done, so that doesn’t phase me or bother me,” he told a reporter. “My decisions of stepping down go back well over a year.”

While congressional Democrats have refused to hold a single hearing in two-years into Fauci’s handling of COVID, Republican investigations promise to bring his dark deeds into the light.

Dr. Fauci lost the trust of the American people when his guidance unnecessarily kept schools closed and businesses shut while obscuring questions about his knowledge on the origins of COVID.

He owes the American people answers. A @HouseGOP majority will hold him accountable.