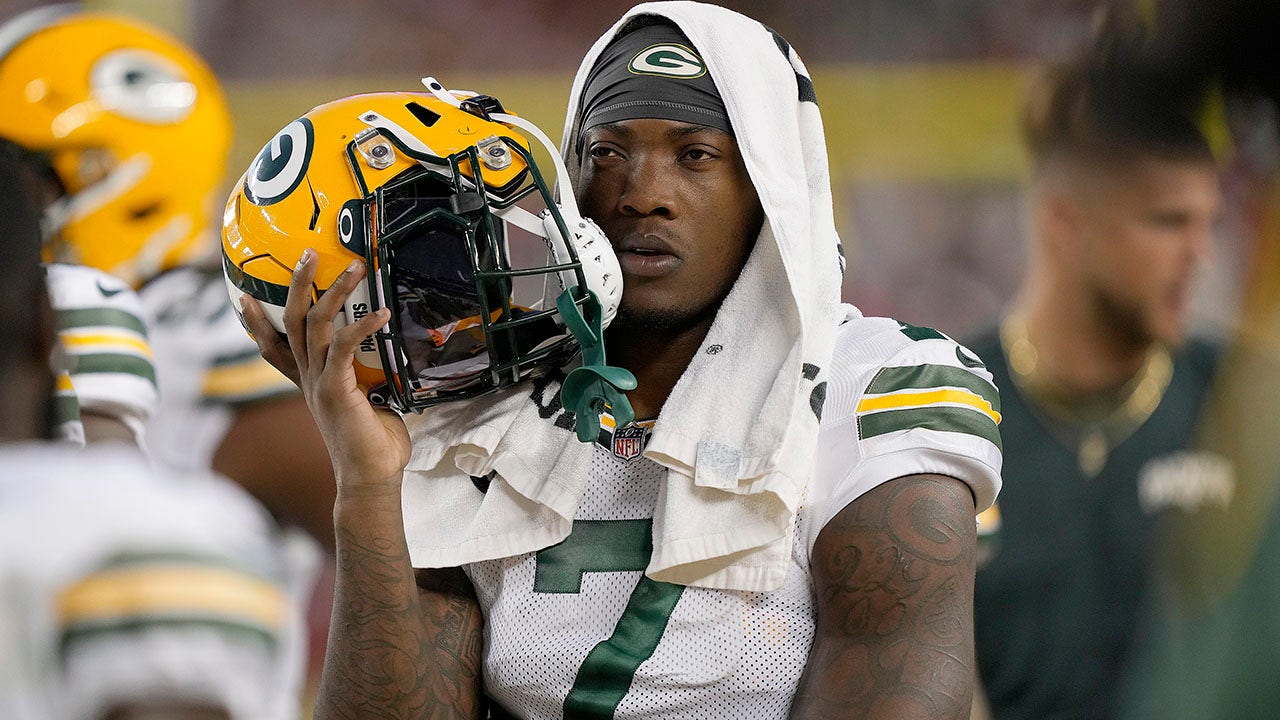 Green Bay Packers rookie linebacker Quay Walker was ejected from Sunday night’s game against the Buffalo Bills for shoving a coach on the sidelines in the second quarter after a play.

The play occurred with about 4:07 left to go in the first half. Bills running back James Cook carried the ball toward his own sidelines near the first-down marker. As both teams were getting ready to reset for the next play, Walker was seen pushing the coach dressed in street clothes on the Bills’ sideline.

Quay Walker of the Green Bay Packers celebrates with teammates after a play against the Washington Commanders at FedExField on Oct. 23, 2022, in Landover, Maryland.
(Scott Taetsch/Getty Images)

Walker was penalized for unsportsmanlike conduct. The Bills were about to run their next play, but the officiating crew stopped play and ejected Walker from the game.

It appeared as Walker helped force Cook out of bounds, the coach puts his hands on Walker to move him out of the way. Walker didn’t appear to like that too much.

Quay Walker of the Green Bay Packers looks on from the sideline against the San Francisco 49ers during the fourth quarter of a preseason game at Levi’s Stadium on Aug. 12, 2022, in Santa Clara, California.
(Thearon W. Henderson/Getty Images)

Later on the drive, Isaiah McKenzie would score for the Bills to make the game 21-7.

Walker was making his eighth appearance this season. He came in with 52 total tackles, one tackle for a loss and two QB hits. He also had two passes defended and a forced fumble so far this season.

Georgia linebacker Quay Walker is announced as the 22nd overall pick (Green Bay Packers) during the first round of the NFL Draft in Las Vegas on April 28, 2022.
(Gary Vasquez-USA Today Sports)

The Packers selected Walker with the No. 22 overall pick in this past spring’s draft out of Georgia. With the Bulldogs in 2021, he had 37 total tackles and 1.5 sacks.