Pence Condemns Attack Against Paul Pelosi: ‘This Is an Outrage’ 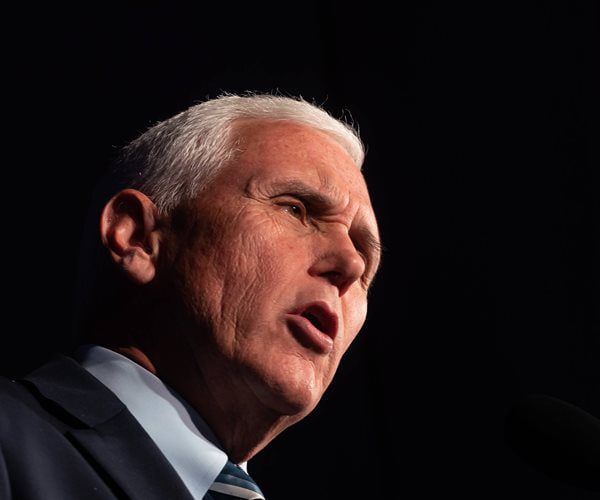 “This is an outrage and our hearts are with the entire Pelosi family. We pray Paul will make a full recovery,” Pence stated on Twitter. “There can be no tolerance for violence against public officials or their families. This man should be prosecuted to the fullest extent of the law.”

Paul Pelosi allegedly was assaulted on Friday morning by a man brandishing a hammer who broke into the couple’s San Francisco home shouting, “Where is Nancy? Where is Nancy?” The New York Times reported.

According to authorities, a suspect identified as 42-year-old David DePape was taken into custody with a motive still undetermined. The Times noted that he had a history of posting conspiracy theories on social media.

Paul Pelosi later underwent surgery at Zuckerberg San Francisco General Hospital for a skull fracture and severe injuries to his hands and right arm. The surgery was reportedly successful, and doctors expect “a full recovery.”

Pence’s comments addressing the matter follow a speech at Georgetown University last week where he called out growing divisiveness and toxicity in political discourse, according to The Hill.

“I really do believe you can say to somebody they’ve got bad ideas without saying they’re a bad person,” he said. “I hold the view, and have for many years, that democracy depends on heavy doses of civility.”