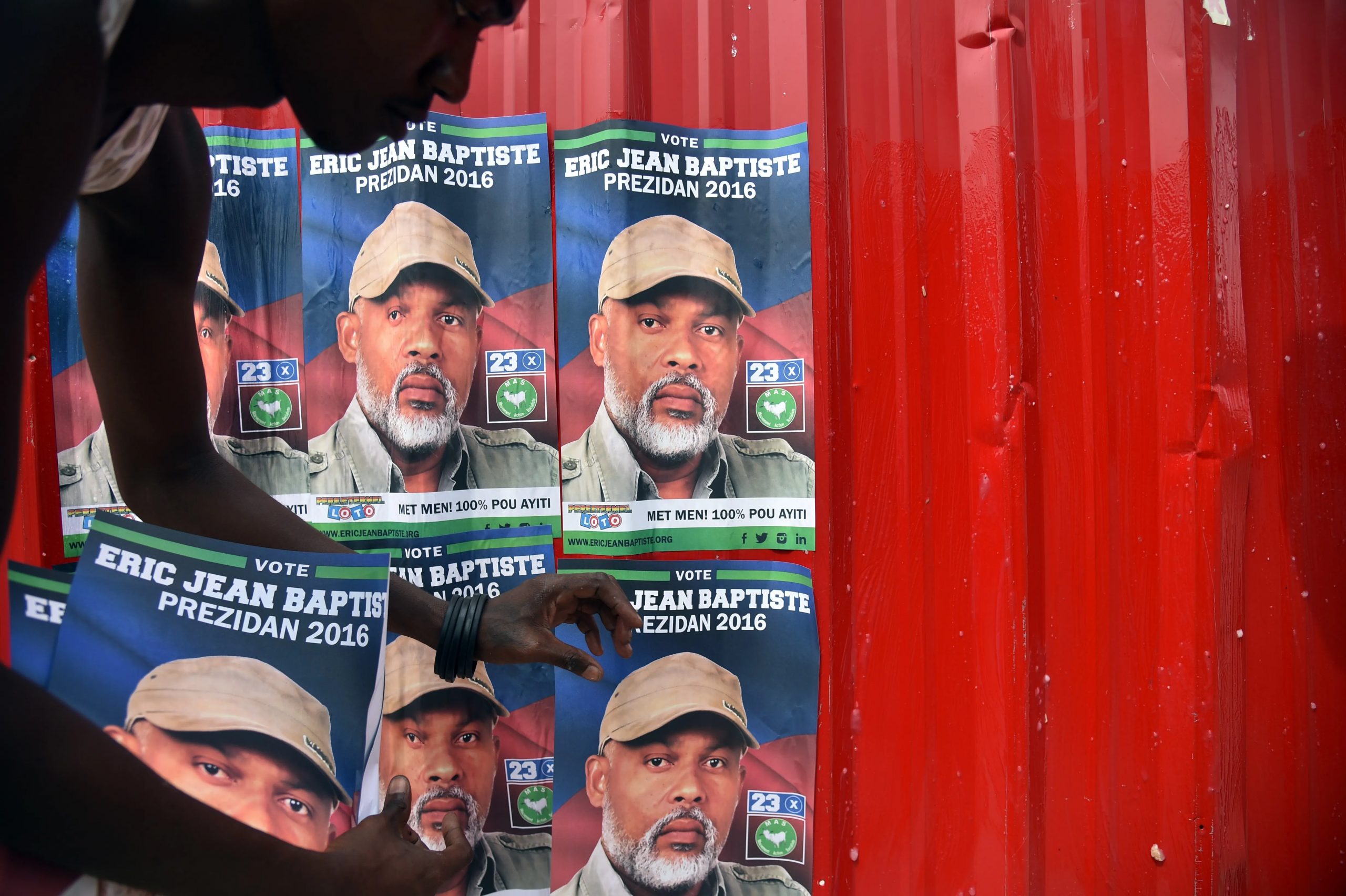 Eric Jean Baptiste, a former presidential candidate and leader of a political party in Haiti, has been killed in a shooting, a party official said Saturday. The killing stunned many in a nation already in crisis.

Baptiste was killed Friday in the community of Laboule in the capital of Port-au-Prince along with his bodyguard, according to Ricardo Nordain, spokesman for his Rally of Progressive National Democrats, which was founded in 1979 by former President Leslie Manigat.

A man puts posters of the presidential candidate Eric Jean Baptiste on a wall in the front of the National Palace in Port-au-Prince, Haiti on Oct. 20, 2015.
(Hector Retamal/AFP via Getty Images)

Baptiste also owned one of the biggest lottery companies in Haiti, “Pere Eternel.”

No one has been arrested.

Prime Minister Ariel Henry said he and others were revolted by the killing.

“The horrific assassination of the political leader Eric Jean Baptiste and his bodyguard has once again plunged the Haitian nation into turmoil. We strongly condemn this heinous crime against this patriot, this moderate politician committed to change,” he tweeted.

Haitian President Jovenel Moise was assassinated in a raid on his home by a group of unidentified people in the capital Port-Au-Prince.
(Alejandro Cegarra/Bloomberg via Getty Images)

The killing occurred in an area where the Ti Makak gang, which means “Little Macaques,” is fighting with the Toto gang for control of territory. The community is located near Pelerin, where President Jovenel Moïse was assassinated in his private residence in July 2021.

In August, Yvon Buissereth, a former senator who worked for the Ministry of Social Affairs and Labor, was killed and his body set on fire.

In January, two journalists also were killed in Laboule and their bodies were set on fire.