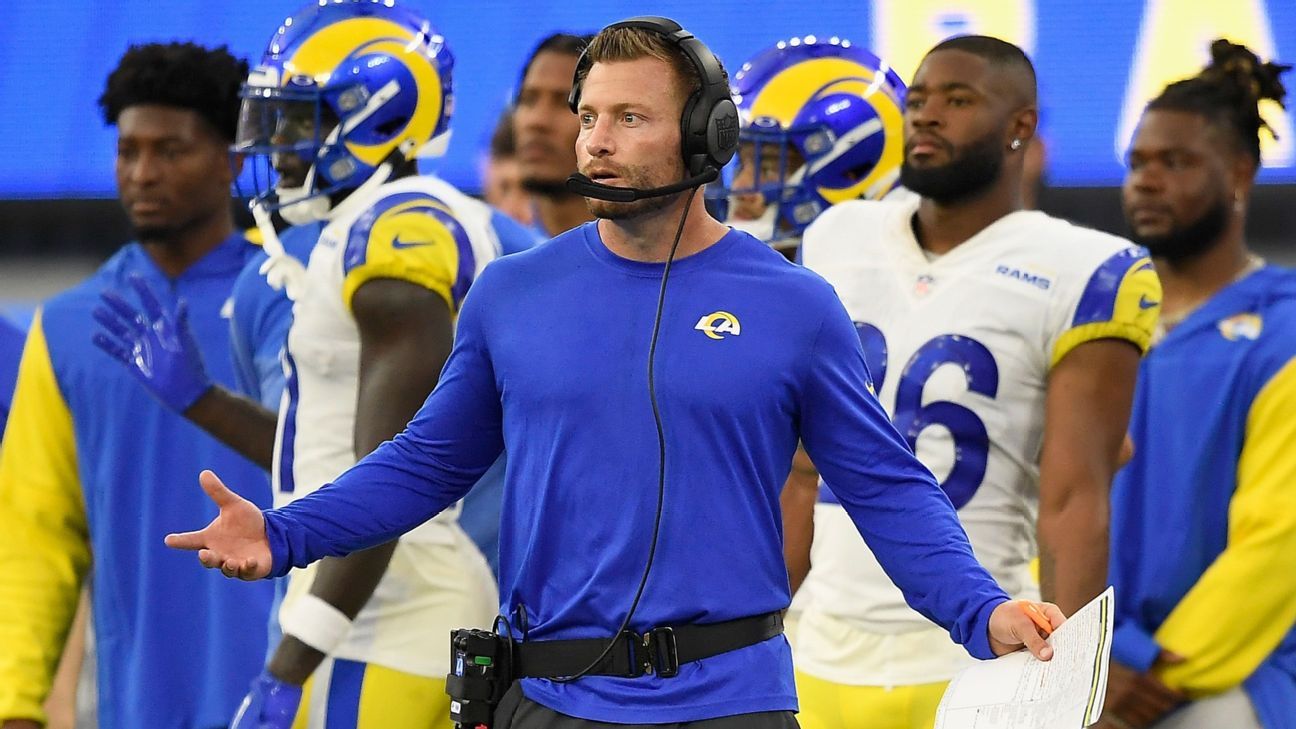 For one of the rare times in recent years, the Los Angeles Rams were foiled at the trade deadline.

The Rams offered two first-round draft picks and a second-round pick to the Panthers for standout pass rusher Brian Burns only to see Carolina decline the offer, sources told ESPN.

The Rams also offered second-, third- and fifth-round picks along with running back Cam Akers to Carolina for Christian McCaffrey, according to sources, but the Panthers instead traded the star running back to the San Francisco 49ers.

Now the Rams will have to make do with what they have and hope Akers will be able to help them. Akers will be active for Sunday’s game against the Tampa Bay Buccaneers, according to a source, but how much he plays will be determined by the flow of the game.

Akers and Rams head coach Sean McVay had a meeting last week that was said to be, according to one league source, “a good clearing of the air.” McVay said last Wednesday that he was “very encouraged with the dialogue” that he had with Akers.

“They were able to get why each side was upset on the table and move from forward from there,” the source told ESPN.

Akers did not play in the Rams’ last two games as the Rams explored trade options for their 2020 second-round pick. McVay has declined to go into details on why Akers was absent, but the running back had been listed on the injury report as out for personal reasons.

The Rams have made multiple trades near the deadline in recent seasons, including their high-profile acquisitions of Jalen Ramsey in 2019 and Von Miller last year. But Los Angeles found that for one of the first times in recent memory, other teams didn’t value their draft picks this year quite as much as they have in other years.