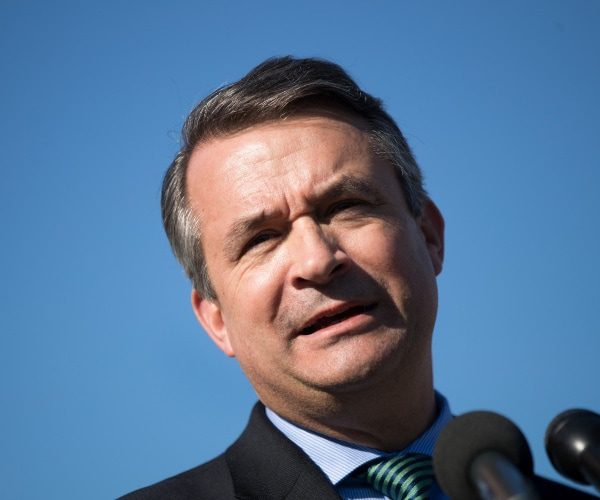 The federal government is in danger of defaulting on its debts if Democrats and Republicans can’t come to a compromise on raising the nation’s borrowing limit, and both sides must take the threat seriously, Rep. Don Bacon warned Sunday.

“The Republicans were largely elected to get control of reckless funding,” the Nebraska Republican said on ABC News’s “This Week.” “That’s the mission that their voters have given them. So, when President [Joe] Biden says he’s going to refuse to negotiate with Republicans on any concessions, I don’t think that’s right either.”

Biden has vowed that he won’t tie a debt ceiling increase if it is tied to cutbacks for Medicare and Social Security.

Some conservatives are calling on coming to a deal on the borrowing limit that would include a decrease in spending, but House Speaker Kevin McCarthy said Sunday that while he thinks there are many ways to cut spending, he’s also willing to work with Biden.

Bacon agreed Sunday that the White House and Democrat lawmakers must come to the table and that both sides should be willing to compromise.

“We control the House [but] the Senate is run by the Democrats,” he said. “The president is obviously from the Democrat Party, so we can’t get everything we want either.”

The concerns about the debt ceiling grew this past week when Treasury Secretary Janet Yellen said the country will likely hit the $31.4 trillion limit soon, and after that, the government will be forced to use “extraordinary measures” and its current money in hopes of delaying a default until possibly June.

Bacon said Biden has not yet reached out to him on the debt ceiling, even though reports said last week that the administration was contacting Republicans who may be willing to vote with Democrats to raise the debt limit.

“In the last two years, he’s invited the Republican leadership to the White House twice. That’s not a very good record, and we’ve got to do our part, too,” the congressman said.

In other matters, Biden said he supports Attorney General Merrick Garland’s move to appoint a special counsel to investigate how Biden has handled classified documents after the discovery of materials from his time as vice president in his home and a Washington, D.C., office.

However, he said there must be equal treatment between Biden’s case and how former President Donald Trump has been handled.

But Biden was “caught throwing stones” with his criticism of Trump’s possession of classified documents after he left the White House, said Bacon.