Rep. Comer: Santos Will Be Removed If He Broke Campaign Finance Laws 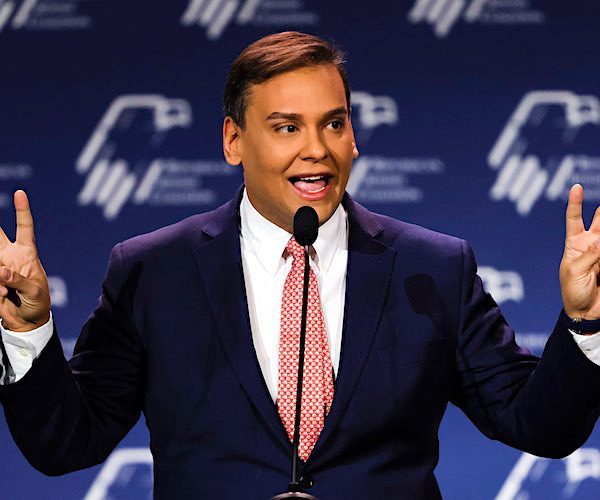 Rep. George Santos, R-N.Y., who lied about much of his resume and life story, will be removed from Congress if found to have broken campaign finance laws, fellow Republican and House Oversight Committee Chairman James Comer, R-Ky., said on Sunday.

“He’s a bad guy,” Comer said on CNN’s “State of the Union” program. “It’s not up to me or any other member of Congress to determine whether he can be kicked out for lying. Now, if he broke campaign finance laws, then he will be removed from Congress.”

Santos has repeatedly refused to resign, even as pressure has grown within his own party for him to do so. On Thursday, he said he would vacate his New York City-area seat only if he loses the next election.

More than a dozen Republicans officials, many of them from Santos’ district, which covers parts of Queens and Long Island, have demanded the resignation of the newly elected congressman. At least six of his fellow Republican representatives from New York have joined the calls for him to step down.

House Speaker Kevin McCarthy has said he will leave Santos’ fate to the Ethics Committee and voters.

Democratic Representative Dan Goldman said he wrote on Sunday to McCarthy, Representative Elise Stefanik, the Republican conference chairwoman, and Dan Conston, head of the Congressional Leadership Fund, a House Republican fundraising group, about a New York Times report that they were aware of Santos’ fabrications before the November election. He urged them to cooperate with any ethics investigation into the matter.

“It is one thing for a candidate such as Mr. Santos to induce voters to support him based on a web of lies,” Goldman wrote in his letter. “But it is altogether something else if the top levels of Republican leadership knew about Mr. Santos’ lies during the campaign and chose to be complicit.”

McCarthy, Stefanik’s office and the Congressional Leadership Fund did not immediately reply to requests for comment.