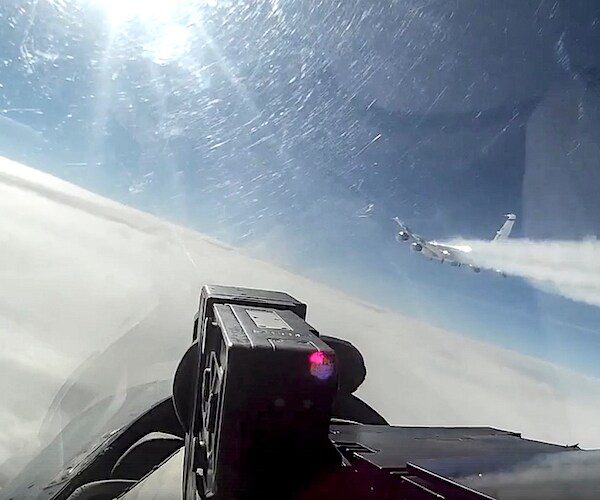 Even as Ukraine recently reported shooting down several hundred Russian aircraft in the war there, a number of other Russian military aircraft that did not previously see combat are also crashing behind enemy lines, a possible indicator sanctions are hurting the war effort.

Business Insider reported Wednesday a number of Russian military aircraft that had not seen any combat action previously have apparently crashed behind Ukrainian lines since fall, showing an inability to maintain and fix them due to a lack of parts and material caused by western sanctions.

“At least six fixed-wing Russian aircraft have crashed over Russian-controlled airspace since September,” engineer Michael Bohnert wrote in a piece for the Rand Corporation blog in November 2022. “With few to no incidents prior to then, this could indicate growing maintenance issues. Deducing ‘why’ could offer a striking example of the downstream effectiveness of sanctions.”

According to the Insider report, it is not uncommon for aircraft that have been used in combat to experience mechanical failures, showcasing the “wear and tear” the equipment goes through, but two recent Russian aircraft crashes inside of Ukraine featured planes that were not previously used in the war.

“What’s interesting is that even aircraft not involved in the Russian invasion are crashing,” Bohnert wrote of the October crashes. “These aircraft were being used as training platforms, and their combat counterparts have limited use in the current war.”

Bohnert’s hypothesis in his essay is that the sanctions imposed have dramatically reduced the Russia’s ability to make and maintain the parts needed to keep the planes in the air.

In August, Reuters reported Russia was pilfering parts from its various airlines, stripping jetliners for parts they could no longer get due to the sanctions.

In addition to lacking the parts, the Russian Airforce is also dealing with a severe pilot shortage, Insider reported in January.

“Ukrainian assessments concluded that given limited flight hours and the practice of training being delivered in units, the VKS entered the conflict with fewer than 100 fully trained and current pilots,” according to Insider, citing a report by the Royal United Service Institute.

The lack of pilots is so bad, instructor pilots are now flying combat missions, according to the report.

“The mobilization of trainers from their flying schools to frontline formations has also hampered the ability to generate new pilots,” according to the RUSI report, which covers events between February and July. “The Ukrainian military has noted a rise in both very young and very old pilots in the VKS, with aging pilots returned to frontline service.”