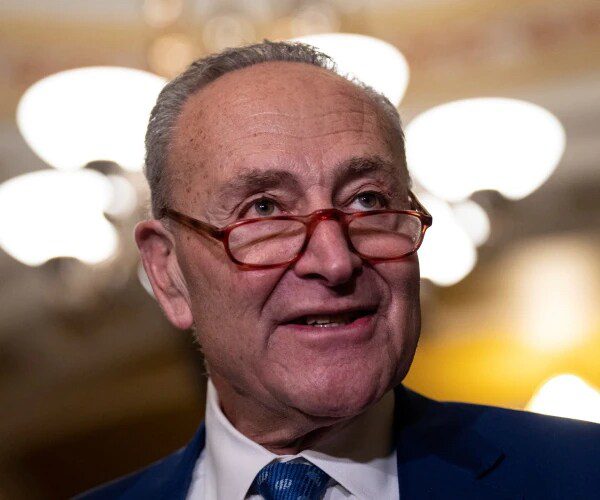 Congressional Democrat leaders are warning that “MAGA Republicans” are forcing a government default that would pave the way for “deep recession, spike inflation, [and] lead to even higher costs for working families.”

Several House conservatives, who forced a lengthy process before approving McCarthy as speaker, want Republicans to use the debt limit as leverage to enact major spending reforms.

Schumer and Jeffries issued their joint statement shortly after Treasury Secretary Janet Yellen notified Congress on Friday that the U.S. is projected to reach its debt limit on Thursday and will then resort to “extraordinary measures” to avoid default.

“A default forced by extreme MAGA Republicans could plunge us into a deep recession, spike inflation, lead to even higher costs for working families on everything from mortgages and car loans to credit card interest rates,” Schumer tweeted Friday afternoon.

“The debt limit was increased in a bipartisan way three times when Donald Trump was president, twice when Republicans had majorities in the House and Senate. This time should be no different,” the two New York lawmakers said.

Schumer and Jeffries noted that Democrats want to move quickly to pass debt limit legislation “so there is no chance of risking a catastrophic default.” They alluded to the country’s credit downgrade in 2011 after a prolonged standoff over raising the debt limit.

“We’ve seen in previous debt ceiling stand-offs that even the threat of default leads to even higher costs for working families,” they said. “Republican leaders must do the right thing to protect Social Security, the economy, and our country.”

Yellen estimated the aforementioned extraordinary measures would allow the federal government to cover its financial obligations until at least early June.

Those measures include delaying some payments, such as contributions to federal employees’ retirement plans, in order to provide some headroom to make other payments that are deemed essential, including those for Social Security and debt instruments.

The Associated Press contributed to this story.