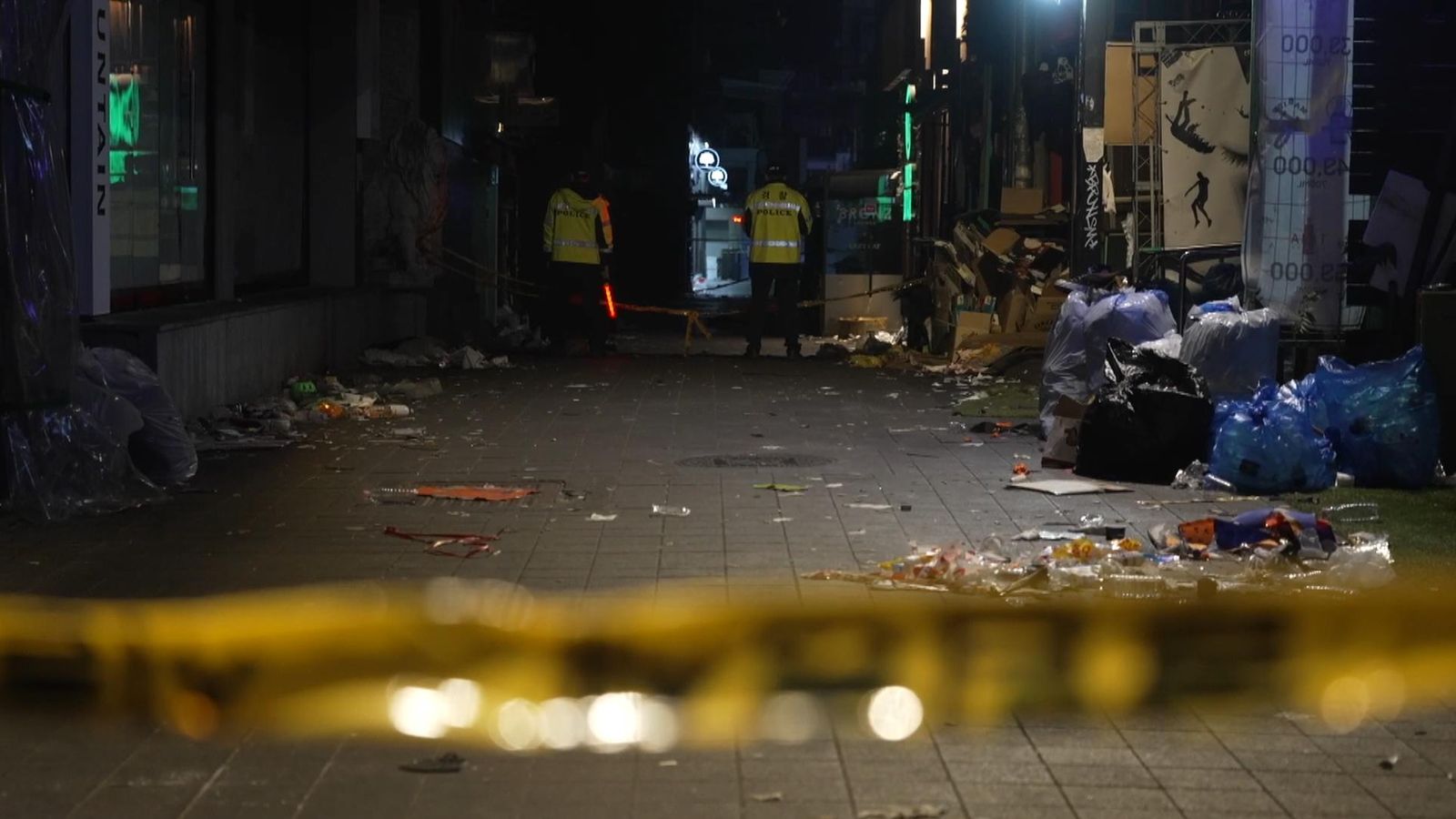 There’s a stillness in Itaewon where the horror unfolded, the site of a stampede in Seoul that killed at least 153 people.

It’s 24 hours since a Halloween celebration became a national tragedy.

People have returned to the scene. Some look like they have hardly left. Everyone looks utterly bewildered.

Most victims ‘in their 20s and 30s’ – Seoul stampede live updates

Some stare, some weep and some pray.

There are wine bottles left alongside flowers, tributes to the dead that hint at what began as a night of celebration.

Among those who’ve gathered to pay their respects to the dead is Choel Jang.

“It’s just like a joke,” he tells me as he wipes tears from his eyes.

“I don’t think at such a festival there would be some young people just like me died.

“So I was really sad… I saw somebody lying on the road, and they were wearing the costume. I was so sorry for them.”

Choel says there were many young women, too small to fight through the throngs of people.

Just a few steps away, you can see the site of the crush – a narrow alley on an incline.

It’s hard to believe that 100,000 people were partying around this small area, and very easy to imagine how the situation spiralled.

You can spot remnants of the panic everywhere – discarded bottles and Halloween costumes littering the street.

It was the first time people had been able to celebrate unmasked for three years after the COVID lockdown.

But what was meant to be a moment of freedom, became a terrifying tragedy.

‘This was next level’

Janelle Story filmed the moment things turned on her phone.

She was out with friends and felt overwhelmed by the extent of the crowds.

“This was next level. Shoulder to shoulder. Front to back. Just shimmying along on those streets. No control about where you’re going to move at times,” she tells me. 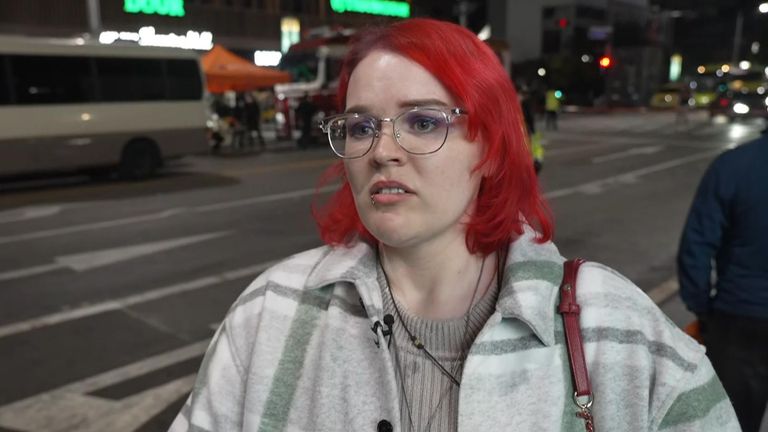 Seoul stampede was ‘an actual horror’

Fortunately, she was able to shelter in a bar, but it was hard to unpick what was going on.

She describes chaotic scenes, with some people some still drinking and singing, unaware of bodies piling up, rescue workers frantically performing CPR – many in vain.

Janelle doesn’t think there were enough police to stem the flow of people.

Read more:
What do we know so far about the Seoul stampede?
Were there early warning signs of a crowd crush?
National period of mourning declared in South Korea

“The city knows people come to Itaewon for Halloween. They know. They had been reporting about it earlier in the week, saying Itaewon had been bracing for the Halloween events this weekend. 100,000 people. They knew. So where was the crowd control?”

But South Korea’s government has said “a considerable number of police and security forces were deployed”.

The president has pledged to carry out a full investigation. But for now, the nation is submerged in grief.