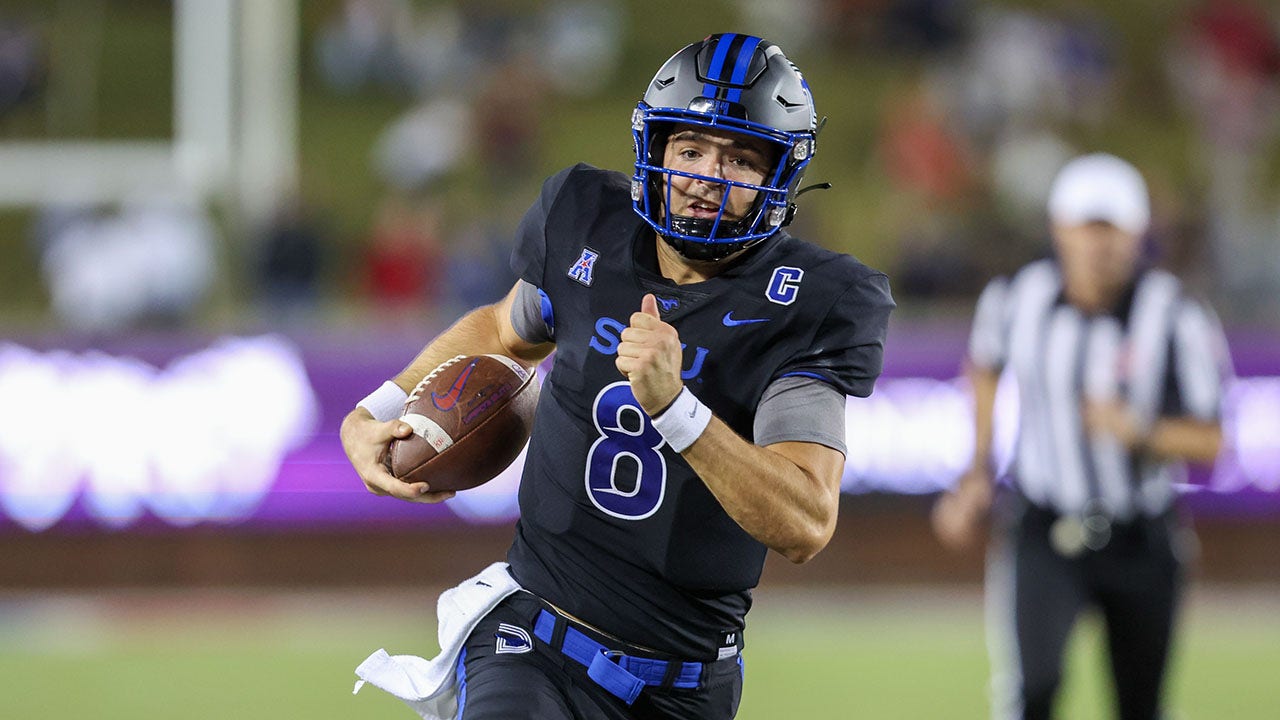 SMU and Houston football teams made history Saturday in a game that would finish with a score reminiscent of a basketball game.

Mustangs quarterback Tanner Mordecai had nine touchdown passes, including seven in the first half, along with 379 passing yards in the 77-63 victory. He also had a rushing touchdown.

The two teams went tit-for-tat. Houston scored a touchdown with 3:37 left in the fourth and got the ball back to try and get back into the game later. However, Clayton Thune would throw an interception in the end zone with 1:52 left in the game to end all hope.

SMU finished off the game on their next possession.

Houston’s Clayton Thune was 36-for-53 with 527 passing yards and seven touchdown passes. He also had three interceptions. He ran for 111 yards on the ground and scored a rushing touchdown.

Both teams are now 5-4 overall on the season and 3-2 in American Athletic Conference play.