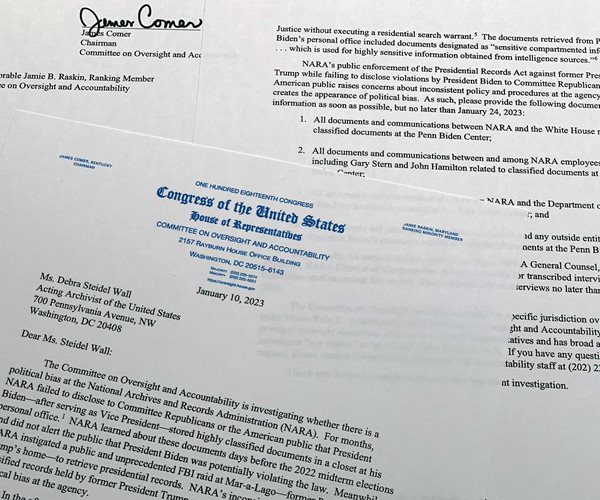 Some of the classified documents found at the Penn Biden Center in Washington, D.C., were marked “top secret,” reports CBS News.

The Department of Justice is probing how the documents from Biden’s years as vice president ended up at the think tank that bears his name and at his home.

Biden’s legal team said the documents were discovered Nov. 2 when Biden’s personal attorneys “were packing files housed in a locked closet to prepare to vacate office space at the Penn Biden Center in Washington, D.C.”

“The documents were not the subject of any previous request or inquiry by the Archives,” Richard Sauber, special counsel to the president, said earlier this week.

“Since that discovery, the president’s personal attorneys have cooperated with the Archives and the Department of Justice in a process to ensure that any Obama-Biden Administration records are appropriately in the possession of the Archives.”