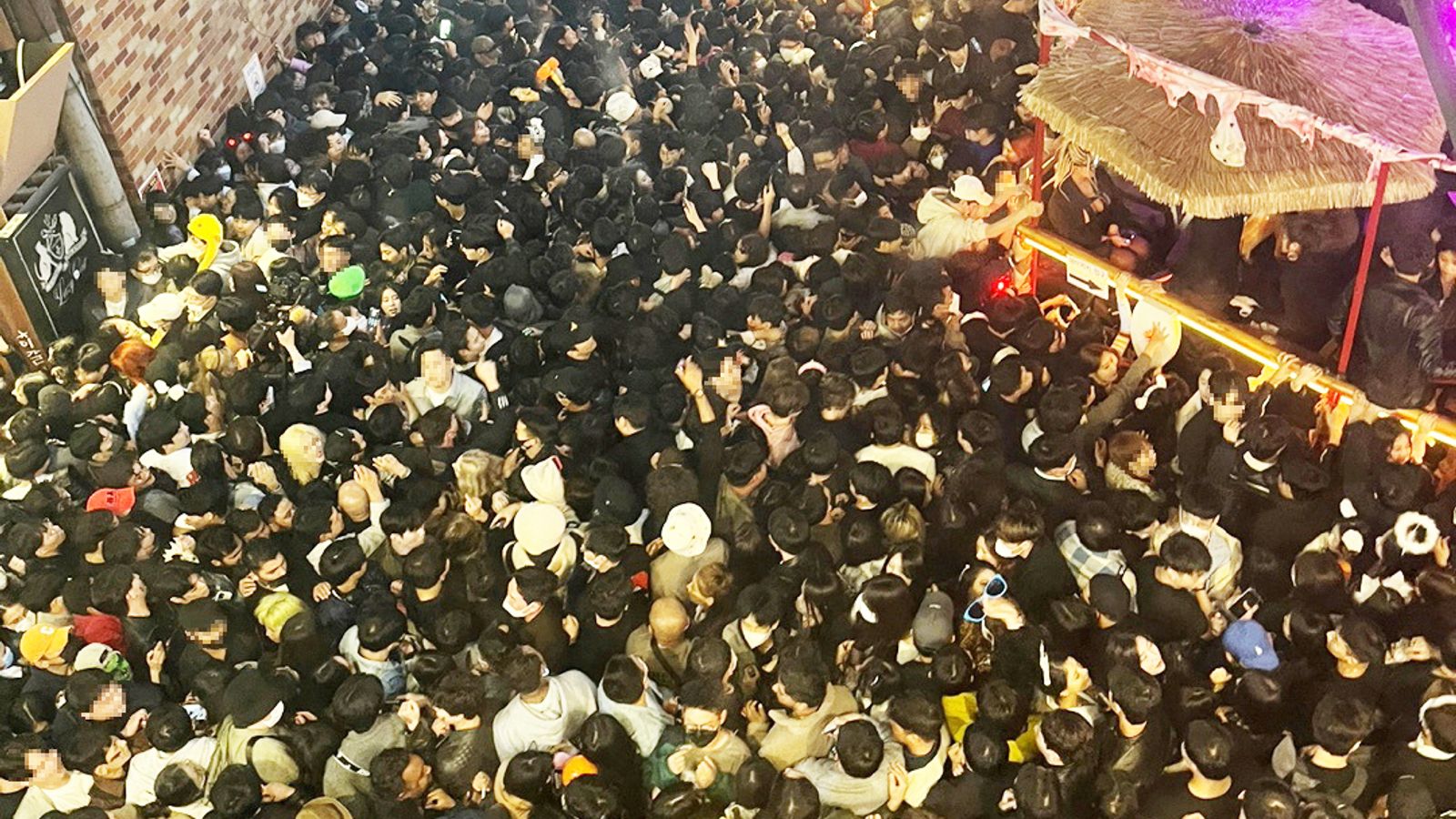 Janelle Story was one of thousands of young people who went to Seoul’s Itaewon district to celebrate Halloween last night.

She and her friends had specifically booked an organised bar crawl because “we knew it was going to be crowded”.

Emergency services attend the scene of a fatal stampede in Seoul, South Korea.

She says from the very start of the night it was obvious the area was far busier than usual, it took them “20-30 minutes” to even get out to the subway station, such was the volume of people at street level.

She describes how she emerged from the first bar at 9.30pm, about an hour before the crush happened, to scenes that already felt uncomfortable.

“I don’t like crowds,” she says, “we were moving very slowly, but even though I hated it, it didn’t feel uncontrolled.”

An hour sadly later it was a very different story.

“Very suddenly this wave of people just came rushing towards us with this incredible force and urgency, and in the moment I stopped filming because it got really serious and scary.

“I felt panic because I don’t like crowds, so I was panicked, and I saw some panicked faces coming towards us because it’s scary, it would take a second for you to fall down.”

What she experienced wasn’t even in the narrow alley where people lost their lives, but one of the wider adjoining streets, a sign of just how chaotic the area had become.

She says things were so confused she didn’t even realise how bad things had become in the alley. She heard people had fainted and fallen down, and she and her friends decided to try and get home because “we didn’t feel safe.”

She says the only police uniform she saw before the disaster unfolded was someone in fancy dress.

Read more: What we know so far about the South Korea crowd crush that left dozens dead

“It’s distressing, it’s confusing, I still have a lot of questions,” she added.

“It wasn’t an unexpected huge event, the city knew there was going to be 100,000 people coming out tonight, it’s the first time since COVID we could actually go out and have a Halloween night!”

“How did this happen, where was the prevention?”