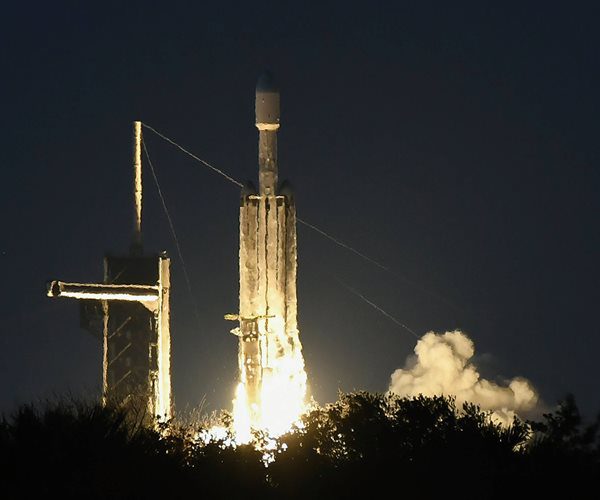 After a three-year hiatus, SpaceX celebrated its second successful launch of the Falcon Heavy rocket.

Lifting off Pad 39A at NASA’s Kennedy Space Center in Florida at 5:56 p.m. EST, the rocket carried two satellites to geostationary orbit, The Hill reported Sunday.

The launch was a double event for spectators at Florida’s Space Coast. After the twilight takeoff, which is known for producing awe-inspiring views, observers got to witness Falcon Heavy’s two side boosters landing back at Cape Canaveral approximately eight minutes later.

The next mission for the reusable rocket system is scheduled for this summer. It will carry with it an interplanetary satellite to explore a metal asteroid dubbed “Psyche.”