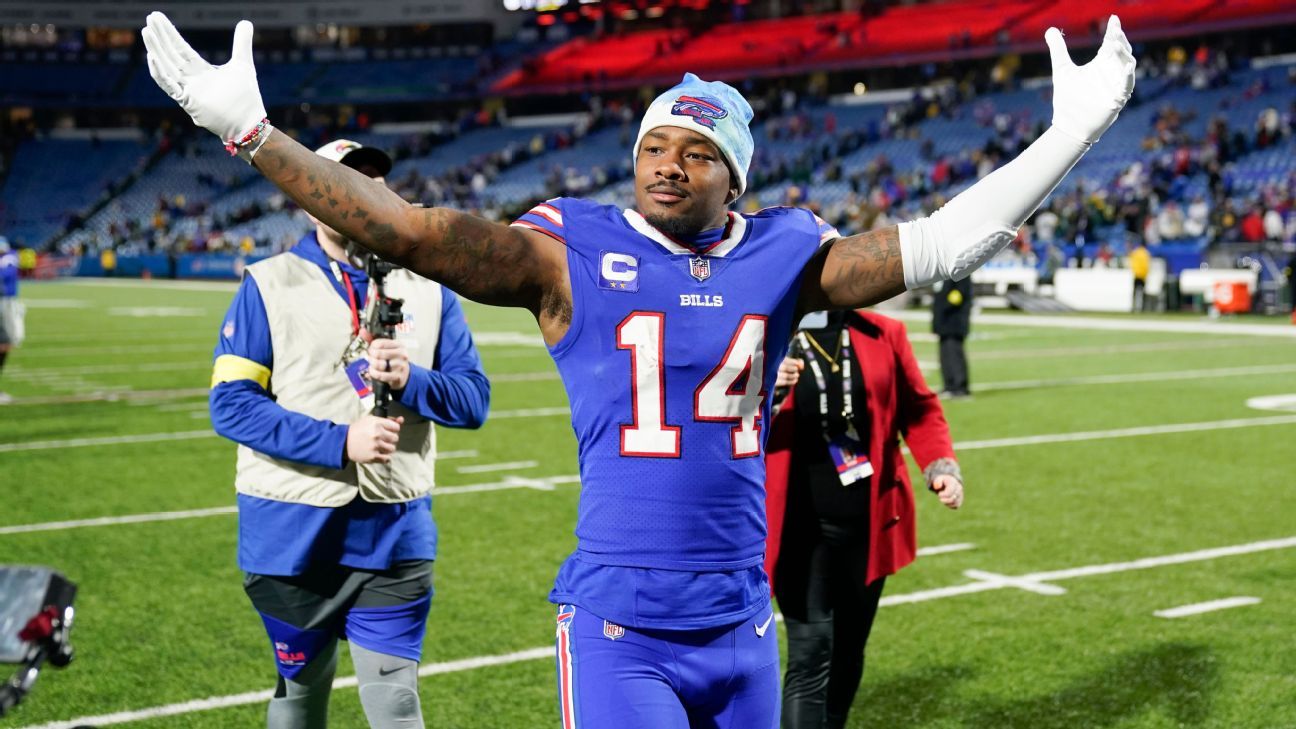 ORCHARD PARK, N.Y. — The chippiness between Buffalo Bills receiver Stefon Diggs and Green Bay Packers cornerback Jaire Alexander began when both players ran out of the tunnel at the same time for pregame warm-ups. But how it ended? Well, that depends on who you ask.

“Nah, I don’t either,” Alexander said when asked who started the verbal exchange. “I finished it.”

The trash talk seemingly began when Diggs was spotted running sideways and yelling at Alexander on their way out of the tunnel. Their feud continued as the teams filed back to their locker rooms, and picked up again when they were coming out of the tunnel for the second half.

Diggs was once again the Bills’ leading receiver on Sunday night, with a game-high 6 receptions for 108 yards and a touchdown catch. However, Alexander was not the nearest defender on any of Diggs’ targets, per NFL NextGen Stats. Alexander lined up against Diggs on only three of his routes (13%).

Diggs and Alexander had previously faced each other across two seasons when Diggs played for the Packers’ NFC North rival, the Minnesota Vikings. Diggs, who spent his first five NFL seasons in Minnesota, became the first player to score a touchdown in eight consecutive games against Green Bay.

“I mean, I always thought he was a decent receiver, but not much I can say about him,” said Alexander, who also said he was “just keeping it real” and told Diggs when they came out of the tunnel before the game that Diggs “couldn’t mess with me,” referring to the receiver as “a little boy.”

In the first quarter, while Diggs was on the ground recovering his own fumble, Alexander ran over and appeared to push down on Diggs’ helmet.

Alexander also appeared to exchange words with Bills wide receiver Gabe Davis, whom he lined up against on 60.9% of Davis’ routes (14). Davis was targeted four times with zero receptions with Alexander as the nearest defender.

And Diggs at times got into it with Packers cornerback Rasul Douglas, who gave up 3 receptions for 85 yards and the touchdown as the nearest defender on Diggs. Following his 26-yard TD catch, Diggs had to be held back by teammates Isaiah McKenzie and Davis from getting near Douglas.

“Of course I’m going to be aggressive and set the tone. And they grabbed me in a crucial moment,” Diggs said. “I could’ve had a flag. So it’s not so much as far as like going after a guy, but he knows to be smart. That’s just how this game goes when it gets a little chippy.”

There appeared to be no love lost between the Bills’ offense and the Packers’ defense throughout the game.

“It’s the most talking that’s ever been with another team,” Diggs said. “Cause I don’t know why. You know, we don’t really do too much talking. You’ve seen us week in and week out. We just go in and try to get the job done. It happens this way sometimes. I don’t care. No matter how a game approaches, I’m a leader in this football team, I’m going to continue to be a leader and I’m going to lead by example. And I’m not going to get pushed around by nobody.”

ESPN’s Rob Demovsky and The Associated Press contributed to this report.