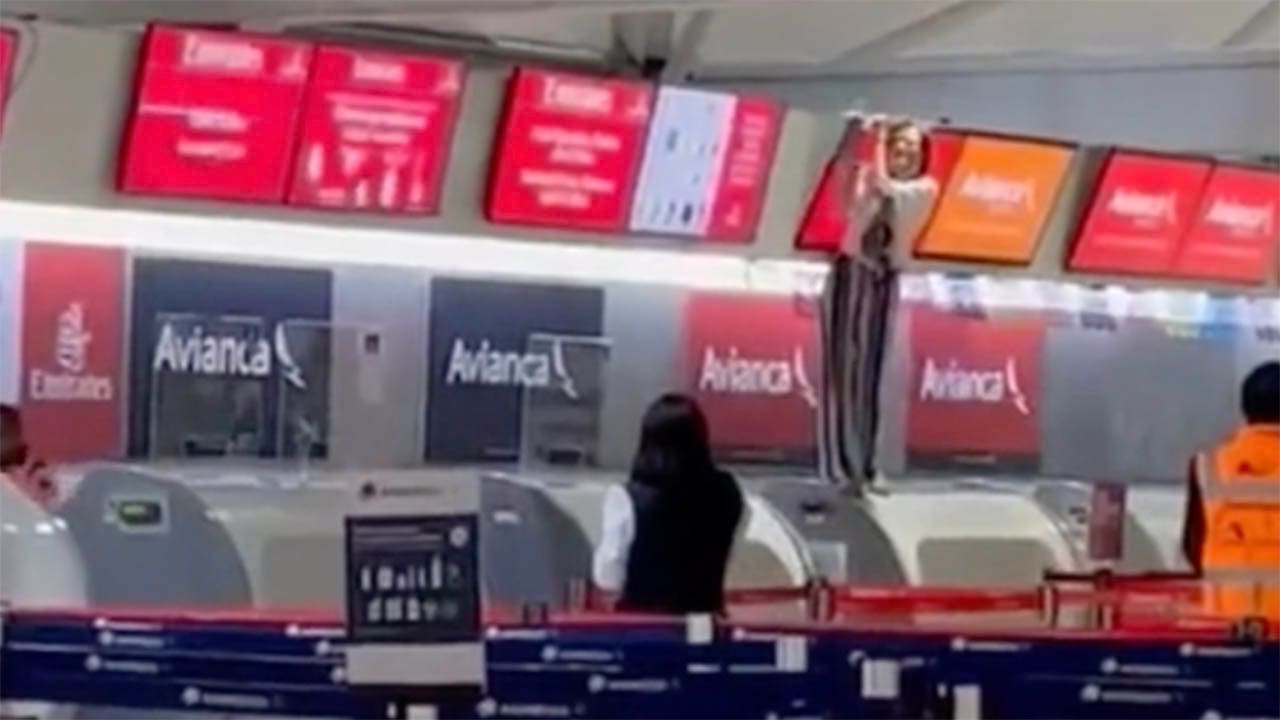 A woman was caught on video throwing a tantrum at an airport in Mexico City and even attacking an Emirates check-in agent when she — the traveler — did not get her way.

A video surfaced on Nov. 1 of a traveler jumping over the check-in counter and attacking an Emirates employee who had been trying to process the passenger for her flight.

The woman arrived too late to check in for her flight at the Mexico City International Airport and also attempted to use an expired passport — causing the Emirates agent to deny the traveler the ability to board.

AIR TRAVEL CONTROVERSY: PASSENGERS WHO RECLINE THEIR SEATS ON FLIGHTS ARE SEEN AS ‘RUDE’

The woman got angry with the employee — and climbed over the counter.

She first began hitting the employee, then began to throw various items, including objects from a suitcase, computer equipment and more.

A traveler with an expired passport was denied entry when trying to check in for her flight — and proceeded to strike and then throw things at an Emirates employee and others.
(ViralPress)

As she continued throwing the tantrum, the woman stood on top of the actual check-in counter and began yelling to other airport travelers.

In the video, she can be seen and heard screaming.

Meanwhile, an Emirates employee can also be seen and heard as she yells for security help.

The angry customer can be seen climbing on the check-in desk and yelling at other people who tried to urge her down from her perch.
(ViralPress)

Emirates said in a statement that the woman arrived too late to check in for her flight.

She also tried to use an expired passport for her travel.

JUST ‘PLANE’ BAD ETIQUETTE: AIRLINE PASSENGER DRAPES HER LONG, THICK HAIR OVER THE BACK OF HER SEAT

The out-of-control individual — standing on a check-in desk and clutching a display above her — can be seen from afar by other travelers in the airport.
(ViralPress)

“The client was denied the trip, and she became rebellious and physically abusive with the ground staff — so it was necessary for airport security and police to intervene,” Emirates also said in its media statement.

After climbing down from the counter, the woman was detained by airport security guards while police officers were on their way to the airport.