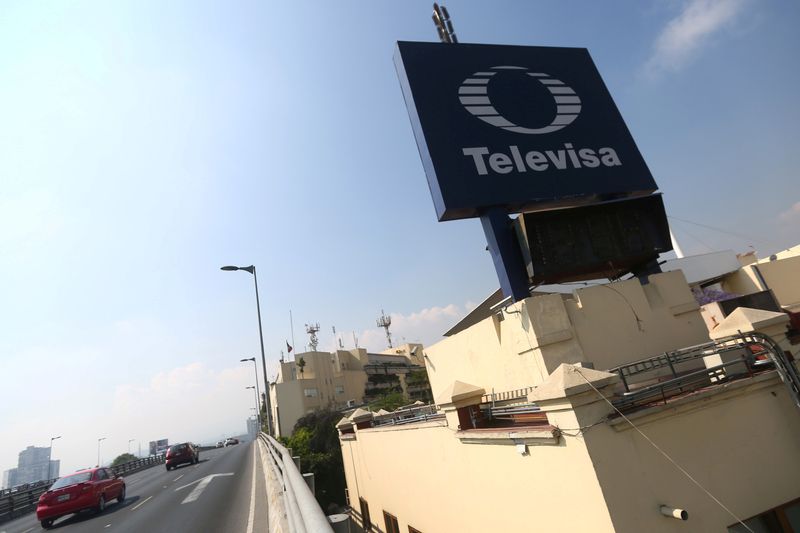 MEXICO CITY (Reuters) -Grupo Televisa, Mexico’s largest broadcaster, said a spin-off of its sports and gaming operations will enable it to consolidate itself as a telecoms and cable company, executives said Friday.

The company announced in its earnings report a day earlier that its board approved a plan to spin off some of its businesses, including its Club America soccer team, the iconic Azteca stadium in Mexico City and gaming operations.

Those businesses accounted for about 7.4% of consolidated revenue and about 3.4% of earnings before interest, taxes, depreciation and amortization (EBITDA), executives said in a call with investors Friday, adding that the spin-off would imply a reduction in corporate expenses.

“As a result of the TelevisaUnivision merger, it didn’t make a lot of sense to keep the other businesses under Grupo’s umbrella,” Chief Executive Alfonso de Angoitia said. “We want to simplify Grupo as a cable and telecom operator.”

The modernization of Azteca stadium ahead of the next World Cup would take substantial capital expenditure, a financial responsibility that would fall on the new spinoff.

Televisa expects the spinoff, which would be listed on Mexico’s stock exchange, to be implemented in the first half of next year, pending the necessary regulatory approvals.

Shares of Televisa were up more than 2% on Friday morning.

Televisa expects its ViX streaming service to be profitable by the end of 2023, De Angoitia said.

De Angoitia said about 50% of the subscribers for ViX+, the paid version of the platform, were coming from the ad-based version of the service through the app shared by both. He declined to give detailed subscriber numbers, saying it was too early to draw conclusions.