The key questions shaping the future of the NFL in Europe 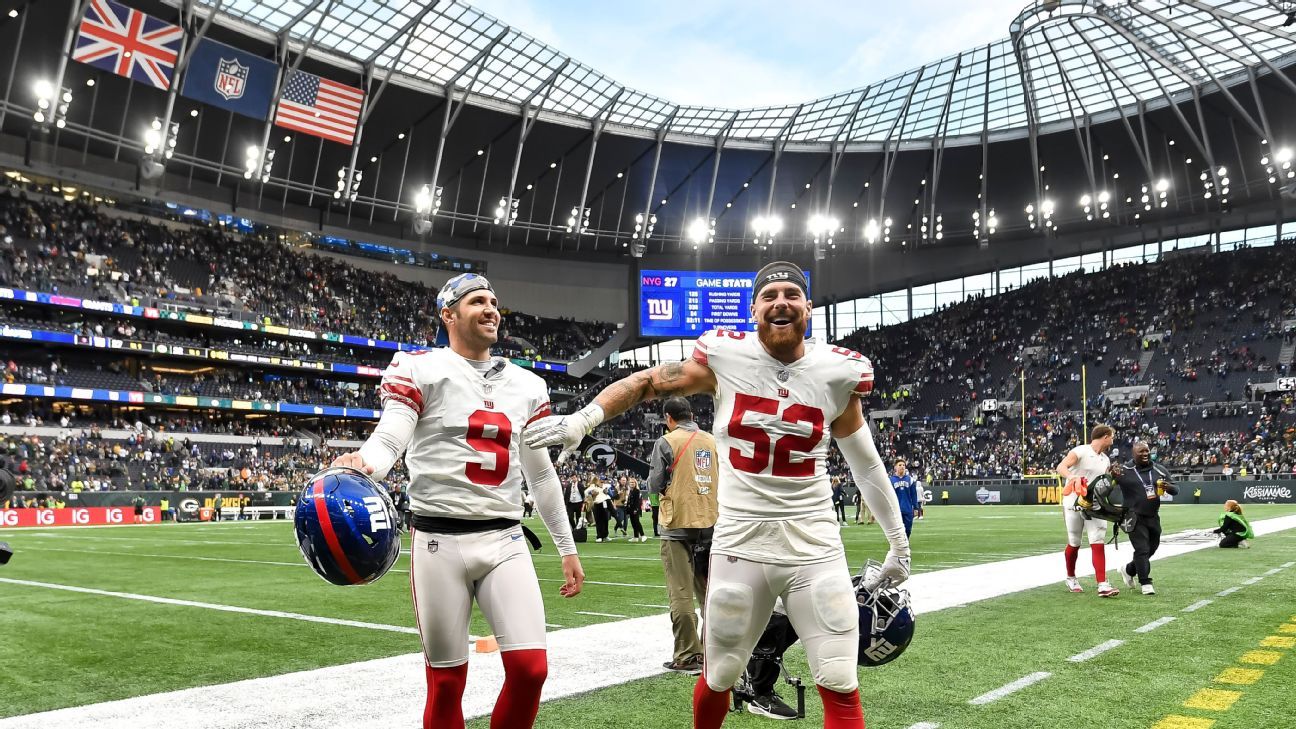 The Jacksonville Jaguars will host their ninth game in London in the NFL’s early kickoff on Sunday when they face the Denver Broncos at Wembley Stadium (streaming live on ESPN+). It will be the 43rd game played outside the United States and the continuation of a dream first tested in Mexico in 2005 and then taken into uncharted realms in London in 2007.

The venture has been thrilling, and successful — since emulated by both the NBA and MLB. This season has been one of the league’s most ambitious yet, with its hosting of a regular season game in Germany for the first time.

As the 2022 International Series prepares to pull the curtain on another successful run in London, here are the key questions facing the NFL and its ever-increasing European expansion.

Where should the Jaguars call home: Wembley or Tottenham?

It was former Giants kicker Lawrence Tynes that took the opening kick-off at Wembley in 2007. That moment would mark the awakening of a dream for the NFL. It was the first regular-season game staged outside North America and the beginning of an annual trip across the Atlantic. The fact the first game took place in Wembley Stadium was somewhat sentimental, too, in the place that has housed some of the most seminal moments in British cultural history — from the 1966 World Cup final, to Queen’s infamous set at Live Aid.

So far, it has proved successful. Wembley comfortably housed the first 15 international games, with the home of English rugby, Twickenham Stadium, not used until nine years later — the Giants again christened the NFL’s arrival, this time against the St. Louis Rams in 2016. But recently the league has established a new home in north London at the Tottenham Hotspur Stadium, and put simply, it is far better for America’s national pastime. The stadium can sell every seat in the house without restricted sightlines. The locker rooms are designed to fit the sprawling 52-man roster of an NFL franchise, whereas Wembley splits them into three small adjoining rooms. Even the press briefing rooms have a more American sensibility. But that was all to be expected given the NFL helped fund its construction.

The NFL has hosted two international player combines at the stadium, and now holds more games per season than Wembley where the Jaguars remain a loyal returned thanks to links with its owner, Shad Kahn, who tried to buy the stadium in 2018 and describes it as “home away from home.”

The Jags will return to Wembley each year until 2024. Maybe they should start to argue for a spot at Tottenham. After all, it is built for it.

Where is the demand?

International demand for the NFL has never been higher, and it’s born out in the figures. In July, when tickets went on sale for the first regular-season game to be held in Germany, a whopping 777,000 people logged on to buy tickets. An NFL spokesperson at the time said they were “overwhelmed” by the interest.

Those figures prove the demand in Germany, but similar success stories can be found elsewhere, too. In London, all three of this year’s games have sold out and demand for tickets has increased year-on-year, while in the U.S., for those who cannot fly to the Games, demand has surged also, with the recent Giants-Green Bay Packers game the most-watched international game on record — it attracted 5 million viewers, which was a 55% increase on the year before.

“Growing the league and the game internationally is a major strategic priority for the NFL,” the league’s UK General Manager Henry Hodgson told ESPN in a written response.

“We know that having live games in markets and using the power of sport and the culture of our game provides a powerful platform to connect with our avid fans and attract new fans… We have played games in London since 2007 and the interest and demand for tickets is stronger than ever.”

The demand for the game is wide-reaching, so much so the NFL’s dream of a London franchise no longer seems fanciful but reasonable.

London franchise… how about a division?

Earlier this month, NFL commissioner Rodger Goodell was speaking ahead of this year’s International Series in London when he made a startling comment. He was talking about a longstanding idea — putting an NFL franchise outside the United States — although that’s all it has always been: an idea.

Goodell, sitting in on a panel in central London, began by expressing his confidence in the British capital’s capacity to hold the sport.

“There’s no question that London could support not just one franchise, I think two franchises,” Goodell said. “I really believe that. That’s from a fan perspective, from a commercial standpoint and from a media standpoint. I think you [London] have all proven that.”

He has said as much before, as have other NFL brass, who see the sport’s future outside of the U.S., with London always grabbing the first thought.

But then Goodell went further. Sitting on his right was Neil Reynolds, the media face of the NFL in the UK, who joked about whether the UK was being too timid in its demands. Never mind a franchise, Reynolds said, “what about a division?”

Goodell’s response was not humorous.

“That’s part of what we’re doing, right?” Goodell said. “We’re trying to sort of see, could you have multiple locations in Europe where you could have an NFL franchise? Because it would be easier as a division.”

The topic has provoked debates in European NFL circles for decades, but always remained a talking point rather than anything concrete. Last year, amid the arrival of a head of the league’s European division, Brett Gosper, the league seemed to have all but benched the idea.

In an interview last year, Gosper told ESPN: “I think our goal would be to ensure that it’s viable, that should an owner decide that he wants to bring his team to London… Everything is in place for that to happen. But that really is a decision for an owner to make, and they all have very strong relationships with the cities they’re involved with currently.”

He continued to say that the NFL would seek to grow the game without depending on a London franchise, such as attempting to add Flag Football to the Olympic programme. Yet Goodell’s comments seem more optimistic.

For now, it remains a talking point. But that idea just got much more ambitious.

London, Germany, Mexico… Who else should get a game?

This season marks a landmark year in the NFL’s international development. For the first time, the league will host a regular-season game in Germany, with the Tampa Bay Buccaneers taking on the Seattle Seahawks at Bayern Munich’s Allianz Arena on Nov. 13.

Hopes for the game are high. It will be the first time the NFL has hosted events in the country since the death of the NFL Europe league, where German fans provided a passionate, beer-filled backbone. The league is hoping that a similarly zealous atmosphere takes place next month.

Its plans in Germany are long-term: The NFL will host next month’s game in Munich, but will change direction next season with the game played in Deutsche Bank Park in Frankfurt in 2023. The two cities will then alternate — Munich in 2024 and Frankfurt in 2025, and so on.

Each team is now required to stage at least one international game every eight years. All of this provokes a question: Where does the NFL see its future in Europe? A large number of German fans have always been present for London-based games, with their support and infrastructure comfortably able to hold more than one game per year. Prior to the pandemic, London annually hosted four. This season, the number of games played outside the U.S. will be five, including the Arizona Cardinals’ clash with the San Francisco 49ers on Monday Night Football in Mexico City.

Gosper had an answer to this question last year. “Having three or four games in London would be great,” he said. “Having two, potentially three, in Germany would be great, too. Maybe get a game in France.”

“Beyond that, you have to have the bandwidth and the complication around that might become a bit excessive. But let’s see what the future holds.”