Trump rips McConnell on debt limit: ‘If I run, and if I win, he will not be leader’ 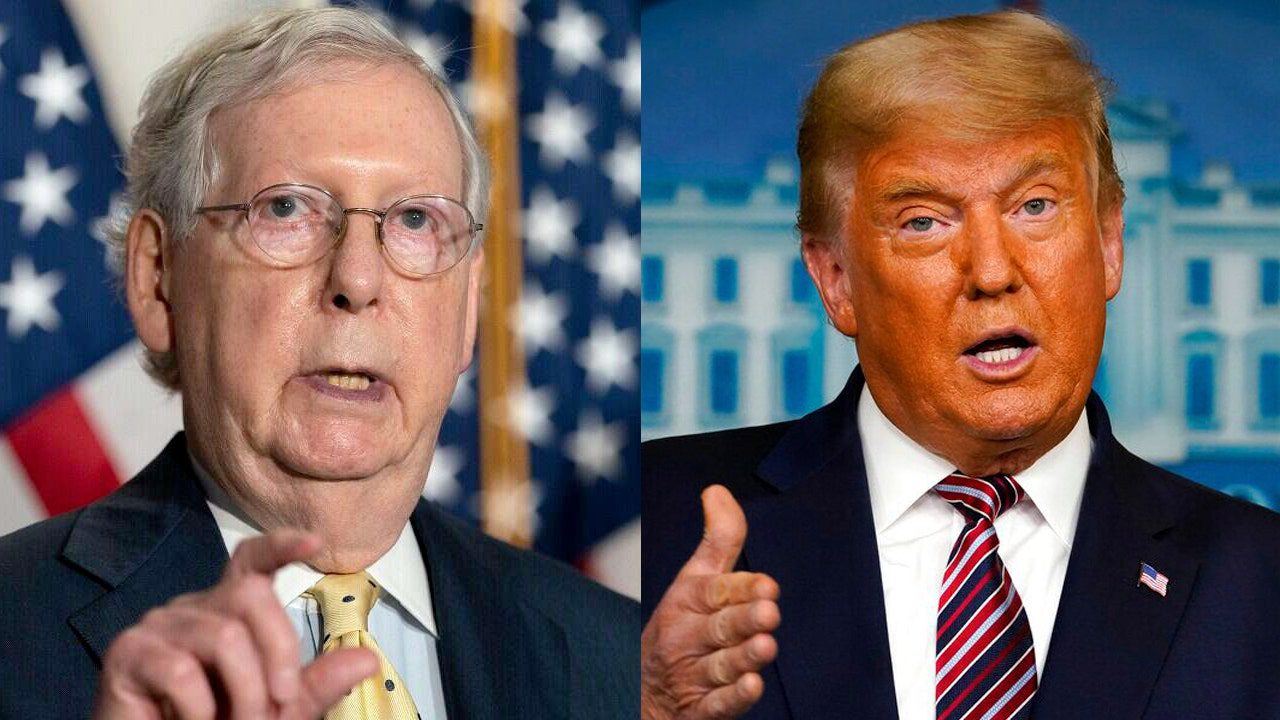 Former President Trump assailed Senate Minority Leader Mitch McConnell, R-Ky., in a radio interview Thursday and promised that if he runs for and wins the presidency again, there will be a new Republican leader.

Trump torched the Kentucky lawmaker on “The John Fredericks Show,” calling McConnell “a bad guy” and saying he should be removed from office if he supports a Democratic-led effort to eliminate the debt ceiling – a legislative cap on how much money Congress can borrow to pay its bills.

“It’s crazy what’s happening with this debt ceiling. Mitch McConnell keeps allowing it to happen. I mean, they ought to impeach Mitch McConnell if he allows that,” Trump said. “Frankly, something has to be — they have something on him. How he approves this thing is incredible.”

With the national debt standing at more than $31 trillion and increasing every minute Congress neglects to cut spending, federal lawmakers must perennially approve a debt ceiling increase to borrow more money to pay the interest on the debt. Failure to do so could imperil the nation’s credit by risking default, which would handicap the Congress’ ability to borrow money and fund the government.

White House officials have previously warned that government default would threaten U.S. national security and be catastrophic for the economy.

In recent years, some lawmakers have proposed the extreme measure of eliminating the debt ceiling to avoid political conflagrations that could risk default. Republicans have generally opposed this idea, preferring to use must-pass debt limit votes to leverage spending concessions from Democrats.

However, Trump on Thursday utterly rejected the idea of doing away with the debt limit and blamed McConnell for permitting Democrats to run up the government’s bills by approving debt ceiling increases.

McConnell’s relationship with Trump has deteriorated since the Jan. 6 riot at the U.S. Capitol. Trump blamed McConnell for his 2020 loss on Fredericks’ show, insisting the Republican leader did not do enough to support his controversial and unproven claims that the election was stolen.

Trump, who has repeatedly hinted that he will seek the presidency again in 2024, also harshly criticized McConnell’s Senate Leadership Fund PAC for cutting about $8 million in ads from the Arizona Senate race, where GOP candidate Blake Masters is running to unseat incumbent Sen. Mark Kelly, D-Ariz.

Trump vowed to seek McConnell’s defeat if he regains the White House, expressing regret for endorsing him for re-election in 2018.

“This guy does not deserve to continue to be leader and hopefully somebody’s going to challenge him,” the ex-president said. “But I’ll tell you, if I run, and if I win, he will not be leader.”