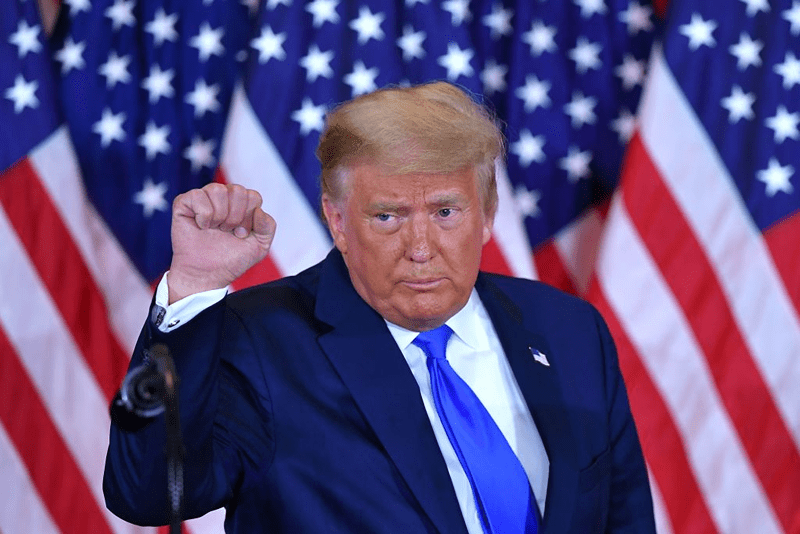 Former President Donald Trump has posted a video on the platform Truth Social discussing the corruption and censorship coming from the government. This comes after the recent revelations of the ever-releasing Twitter Files.

“The now famous Twitter Files have proven beyond all doubt that the corrupt officials at the [Federal Bureau of Investigations] FBI have been coordinating a massive censorship, surveillance and propaganda campaign against the American people and frankly against me,” Trump said.

The 45th president called this an “illegal anti-American effort” that has been to created to silence dissenting options. Censorship allegations had been centered around topics such as COVID-19, public health initiatives and mandates, school closure or lockdowns, negative opinions on Biden and China.

Trump mentions the Hunter Biden laptop, nicknamed the “laptop from hell,” and claimed that partnered government agencies and big companies did not want any negative press being released about the 46th president “under any circumstances.” This was in order to hide the alleged corruption prior to the 2021 election. Trump said that the FBI has actively worked to stop the truth about criminal actions taken by the Biden family.

The Republican expressed that all the censorship is a political weapon that comes from a “sick ideology” about the government working with corporations in order to seize power and control the American people.

“The revelations also highlight my proposal to end the revolving door between the deep state and there is a deep state indeed,” Trump said.

Trump relayed the importance of restoring free elections, free press and free speech, claiming that the Twitter Files are a proof that his plan for freedom is essential to fight this “regime.”