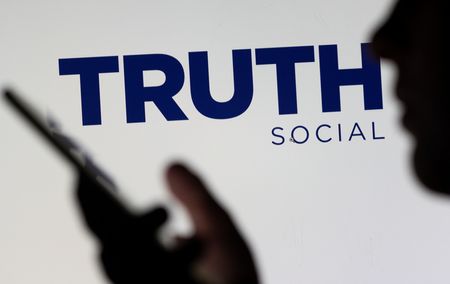 Both Rumble and TMTG are positioning themselves as alternatives to Big Tech firms; in the announcement of its new ad platform, Rumble described it as competition to Google’s AdSense and Ad Exchange advertising programs.

The two sides had already struck a “technology and cloud services” deal in December that would include video and streaming for Truth Social.

Rumble had also already been working with TMTG for months in a role that was described internally as a key strategic partnership but not clearly defined to staffers, according to two people with knowledge of TMTG operations.

Truth Social restored Trump’s social media presence more than a year after he was banned from Twitter Inc, Facebook and Alphabet Inc’s YouTube following the Jan. 6, 2021, U.S. Capitol riots, after he was accused of posting messages inciting violence.

The platform launched in the Apple App Store on Feb. 21 and has yet to become available in the Google Play Store for Android users.

Advertising is key to TMTG’s business. In a May 27 filing with the Securities and Exchange Commission, Digital World Acquisition Corp, the blank-check firm taking TMTG public, said that TMTG “may rely on the sale of advertising services for the substantial majority of TMTG’s revenue.”

As of Aug. 23 Trump had 3.89 million followers on Truth Social, compared to the more than 88 million he had on Twitter when he was banned.