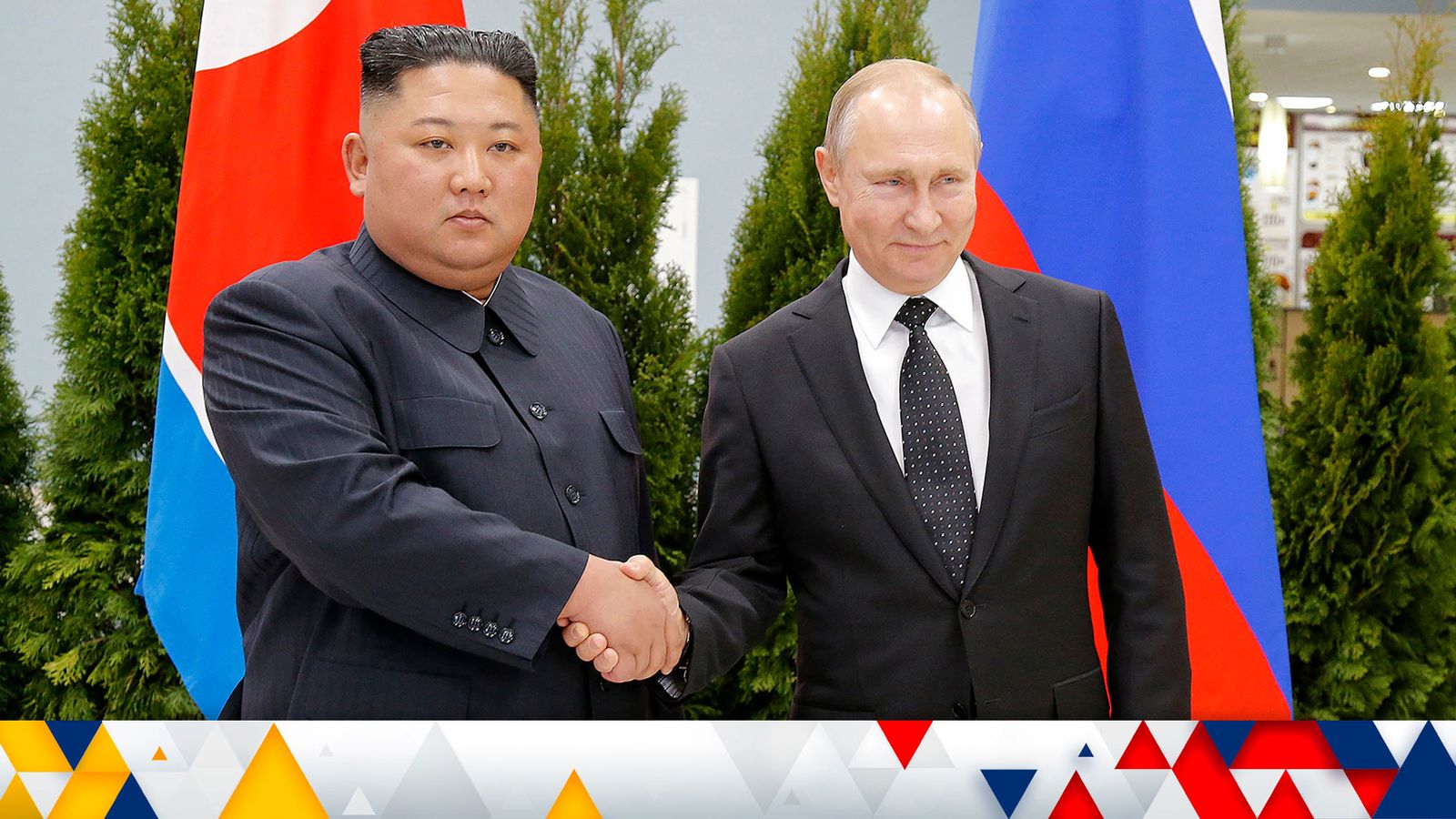 The White House has accused North Korea of shipping a “significant” number of artillery shells to Russia to support its invasion of Ukraine.

National Security Council spokesman John Kirby said the US believes North Korea “is trying to make it appear as though they’re being sent to countries in the Middle East or North Africa”.

He did not provide a specific estimate on the quantity of ammunition being sent to Russia.

Mr Kirby said North Korea “is covertly supplying” the ammunition to Russia, but “we’re still monitoring this to determine whether the shipments are actually received”.

He insisted the shipments are “not going to change the course of the war”, citing Western efforts to resupply the Ukrainian military.

The White House would not specify the mode of transportation or whether Western nations would attempt to intercept the shipments to Russia.

It revealed the intelligence nearly two months after first alleging US intelligence officials had determined Russia’s defence ministry was in the process of purchasing millions of rockets and artillery shells from North Korea for its invasion of Ukraine.

Despite revealing information about the covert shipments the White House sought to downplay its significance.

“We don’t believe that they are in such a quantity that they would change the direction of this war or tangibly change the momentum either in the East or in the South” where some of the heaviest fighting in Ukraine is taking place, Mr Kirby said.

He said the shipments were a sign not only of Pyongyang’s willingness to support Russia but also of Moscow’s munitions shortages, which were caused by Western sanctions and export controls.

Is Russia running out of weapons?

North Korea accuses US of ‘tarnishing’ its reputation

In September, North Korea said it had never supplied weapons or ammunition to Russia and has no plans to do so.

It went on to warn the US to “keep its mouth shut” and stop circulating rumours aimed at “tarnishing” the country’s image.