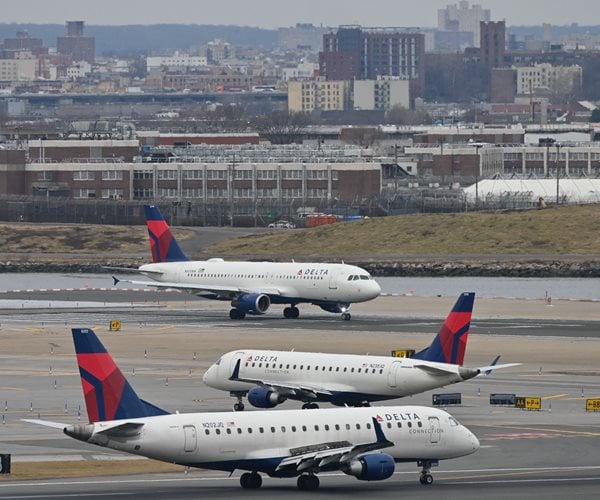 U.S. air travel returned mostly to normal Thursday, a day after a computer system that sends safety information to pilots broke down and grounded traffic from coast to coast.

By late morning on the East Coast, only about 100 flights had been canceled and 1,000 delayed — much lower figures than on Wednesday, when more than 1,300 flights were scrubbed and 11,000 delayed.

The Federal Aviation Administration said a damaged database file appeared to have caused the outage in the safety-alert system. Transportation Secretary Pete Buttigieg promised a thorough examination to avoid another major failure.

He said there was no indication that the outage was caused by a cyberattack, “but we’re also not going to rule that out until we have a clearer and better understanding of what’s taking place.”

The massive disruption was the latest black eye for the FAA, which has traded blame with airlines over who is inconveniencing passengers more. Critics, including airline and tourism leaders, say the agency has been underfunded and needs to modernize its technology.

United Airlines CEO Scott Kirby has been critical of the FAA on a variety of issues, including staffing of air traffic controllers. Last fall he said the agency makes “a heroic effort” and does well most of the time but can be overwhelmed during peak travel periods.

Rep. Rick Larsen of Washington state, the top Democrat on a House aviation subcommittee, said the outage raises questions “about the current state of the technology infrastructure at the FAA.” He told CNN that Congress would consider whether the agency needs more money to modernize.

The outage came at a bad time for both the FAA and Buttigieg.

The FAA is trying to repair its reputation after being widely criticized for the way it approved the Boeing 737 Max without fully understanding a flight-control system that malfunctioned and played a key role in two crashes that killed 346 people. The agency took a more hands-on approach when considering — and eventually improving — changes that Boeing made to get the plane back in the air.

The meltdown at an agency overseen by the Transportation Department could also undercut Buttigieg’s moral authority to chastise airlines when they cancel or delay flights. He has gone after the airlines since last summer, most recently over disruptions at Southwest Airlines, which canceled nearly 17,000 flights in the last 10 days of December.

Wednesday’s breakdown showed how much American air travel depends on the computer system that generates alerts called NOTAMs — or Notice to Air Missions.

Before a plane takes off, pilots and airline dispatchers must review the notices, which include details about bad weather, runway closures or other temporary factors that could affect the flight. The system was once telephone-based but moved online years ago.

It broke down late Tuesday and was not fixed until midmorning Wednesday. The FAA took the rare step of preventing any planes from taking off for a time.