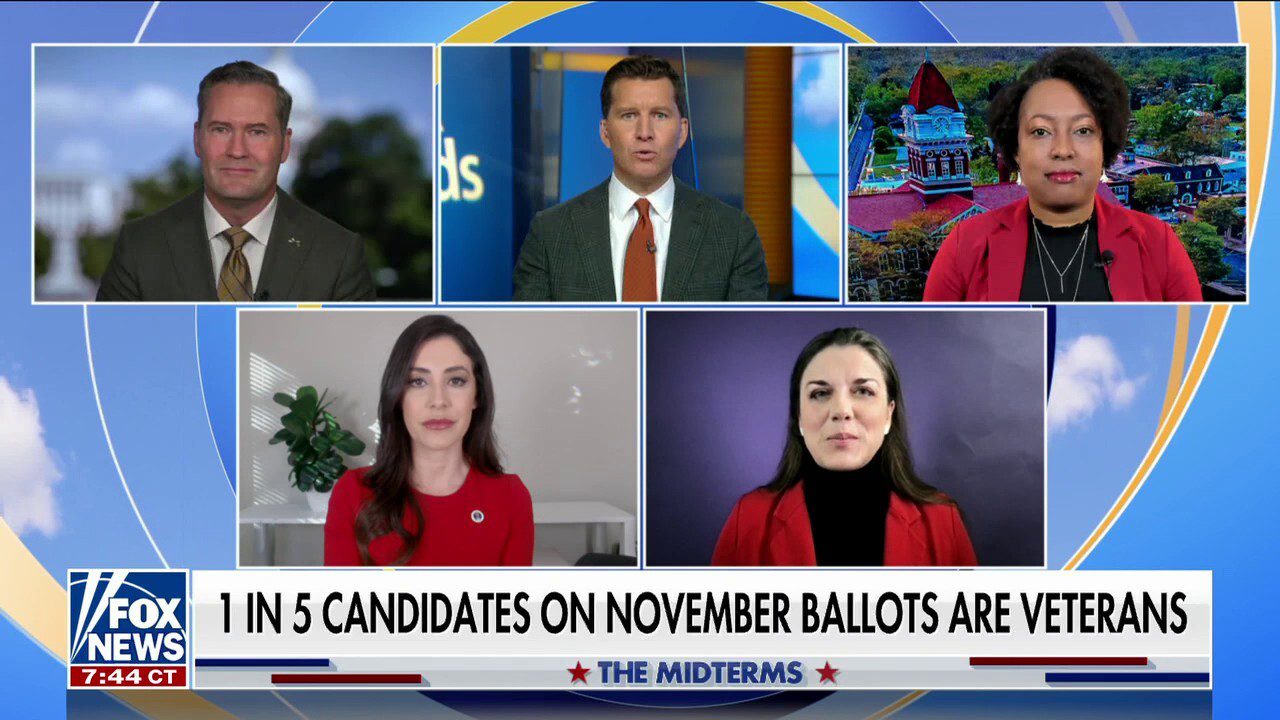 Veterans make up one in five candidates on this year’s midterm ballots, and their message of unity and love of country is helping shape key races throughout the country.

“This is why we have to get the majority back and this is why we need principled, conservative veterans alongside me in Congress,” Waltz told Will Cain.

He emphasized the value the conservative trio brings to restoring the traditional values and purpose of the military that have allegedly gone astray.

“I am confident, when they get in Congress, [they’re] going to roll up their sleeves, take the tough votes and know the right questions to ask of our military leaders and get them back focused on war-fighting and winning our nation’s wars rather than ESG, climate, gender and all of these other distractions that they seem to be prioritizing right now,” he added.

Ruth-Green, an Air Force veteran vying for Indiana’s first congressional district, said the No. 1 focus should be on “mission readiness.”

“We have to get back to that,” she said. “The struggle with an emboldened North Korea, an emboldened Russia and an emboldened China is that we have enemies that are focused on taking us out and minimizing our country’s influence.”

Anna Paulina Luna speaks to the crowd during the SAVE AMERICA TOUR at The Bowl at Sugar Hill on Jan. 3, 2021, in Sugar Hill, Georgia.
(David J. Griffin/Icon Sportswire)

They argued the U.S.’s weakened presence on the world stage should remain the military’s top priority and recruitment requirements are key to success.

“It’s unacceptable that the Pentagon would be pushing this type of material especially onto the most influential, which are our children,” she said.

“If we are going to be paying for this, when we take back the House… sponsor a parental rights bill so that other parents around the country, whether or not they are in the military, don’t have their children being exposed to this content.”

“We have the mission, as the United States military, to fight and win America’s wars, to defend our freedom,” she said.

“If we’re distracted from that, it means we have a lack of leadership in Washington, D.C., and that’s exactly what our campaigns are about – holding the Biden administration and our leadership accountable.”

Taylor Penley is a production assistant with Fox News.