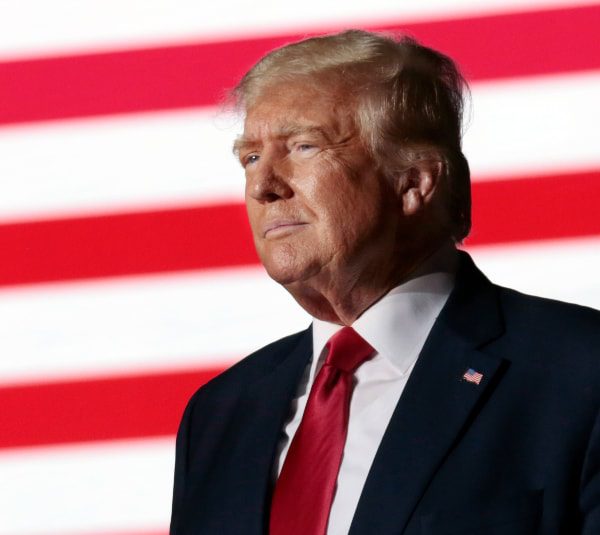 Donald Trump is lashing out at the judge handling the New York attorney general’s fraud lawsuit against him and his company, calling him “vicious, biased, and mean” in a social media post just days before the case’s first court hearing.

The former president, who has been on the losing side of Judge Arthur Engoron’s rulings in the past, coupled Friday’s criticism with complaints that — as a politician — he shouldn’t be forced to deal with legal action until after the midterm elections on Nov. 8.

In a separate case, opening statements are set for Monday in the Trump Organization’s criminal tax fraud trial following the completion of jury selection Friday.

Trump, who has been laying groundwork for a possible comeback run for president in 2024, grumbled in a post on his Truth Social platform about having to deal with simultaneous court action on the eve of an election that could put Republicans back in control of one or both houses of Congress.

“In breaking with a long standing and powerful tradition where cases involving politicos are not to be brought or tried just prior to, or during, a major Election (the Midterms), I have THREE, all run and inspired by Democrats, who absolutely refused to move the date,” Trump wrote. “They demanded it be now. So much for tradition and unwritten rules and laws!!!”

The company’s criminal tax fraud trial, which involves allegations that senior executives received off-the-books compensation, could last into December. Six alternate jurors were picked Friday to complete the panel needed for the trial.

On Monday, jury selection is scheduled to begin in the Bronx in a civil lawsuit brought by protesters who say they were roughed up by Trump’s security guards.

Trump’s outburst about Engoron came in the third case, a civil lawsuit filed by Attorney General Letitia James, after an administrative judge refused Tuesday to have the matter reassigned to another judge.

Engoron repeatedly had ruled against Trump in disputes over subpoenas, holding him in contempt and fining him $110,000 for being slow to turn over documents and forcing him to sit for a deposition — testimony in which Trump invoked his Fifth Amendment protection against self-incrimination more than 400 times.

On Truth Social, Trump said the only person worse than James was Engoron.

“His name is Arthur Engoron & he is a vicious, biased, and mean ‘rubber stamp’ for the Communist takeover of the great & prosperous American company that I have built over a long period of years,” Trump wrote.

A court spokesperson said Engoron, a judge since 2003, had no comment.

James’ lawsuit, the product of a three-year investigation in Trump’s business practices, alleges that he and the Trump Organization inflated his net worth by billions of dollars and misled banks and others for years about the value of assets, including golf courses, hotels and his Mar-a-Lago estate.

James, a Democrat, is seeking $250 million and a permanent ban on Trump, a Republican, doing business in the state.

At a hearing scheduled for Thursday, Engoron will weigh James’ request for an independent monitor to oversee the Trump Organization’s activities after she alleged the company was taking steps to dodge potential penalties, such as incorporating a new entity named Trump Organization II.

At the same time, the FBI is continuing to investigate Trump’s storage of sensitive government documents at Mar-a-Lago, a special grand jury in Georgia is investigating whether Trump or others attempted to influence state election officials and, last week, the House committee investigating the Jan. 6 Capitol breach issued a subpoena to Trump.


© Copyright 2022 The Associated Press. All rights reserved. This material may not be published, broadcast, rewritten or redistributed.