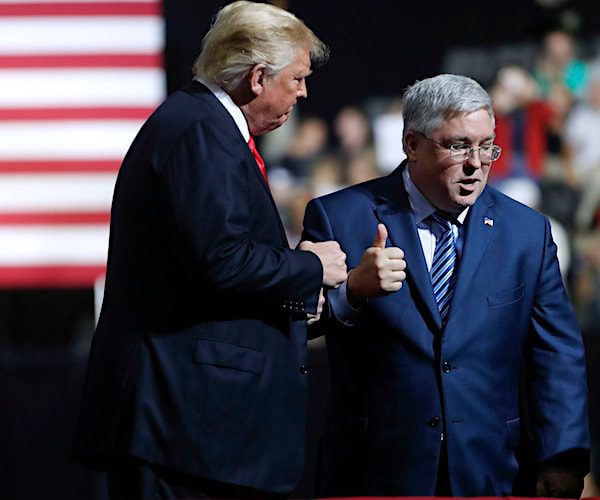 The U.S. Circuit Court of Appeals for the 11th Circuit in California delivered a victory to red states last week, rejecting a Biden administration attempt to block states from cutting taxes.

And, one of the winning plaintiffs, West Virginia Attorney General Patrick Morrisey hailed the victory in a statement to Newsmax.

“As long as I am in office, I will oppose the federal government reaching into our state and telling us how and whether we can cut taxes,” Morrisey wrote Wednesday to Newsmax. “West Virginia should be able to cut taxes as it sees fit.

“Very pleased that we stopped the Biden administration’s blatant overreach and efforts to block states’ ability to use their core constitutional function to cut taxes.”

There were 13 GOP state AGs who sued the Biden Treasury Department for a tax offset provision in Biden’s American Rescue Plan that tried to prohibit states from using rescue plan funds “to either directly or indirectly offset a reduction in net tax revenue” that results from a change in law that “reduces any tax.”

“The Constitution does not give the federal government authority to require states to enact the laws or policies that Congress prefers,” Judge Andrew Brasher, appointed by former President Donald Trump, wrote in the 42-page opinion of the court.

Morrisey hailed the victory on Twitter late last week, effectively telling the Biden administration and the former Democrat-led Congress to stay out of imposing their will on state tax authority.

“[Friday], the U.S. Circuit Court of Appeals in the 11th Circuit gave WV and 12 other states a massive victory,” Morrisey tweeted Saturday. “Our win ensures the federal government will not determine whether and how WV cuts taxes for its people.

“Federal overreach will not be tolerated on my watch.”