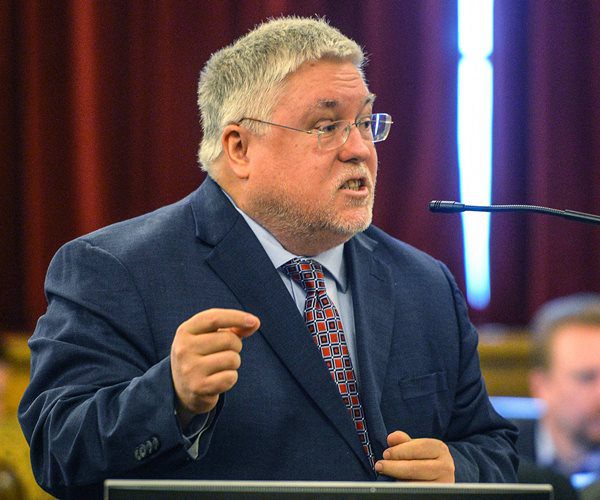 A Democrat-appointed federal judge’s ruling upholding a West Virginia law that requires students to participate in school-sanctioned sports based on their biological sex is a victory not only for common sense, but for fairness, state Attorney General Patrick Morrisey told Newsmax on Friday night.

U.S. District Court Judge Joseph Goodwin, who was appointed by Bill Clinton, ruled Jan. 5 that the “Save Women’s Sports” bill passed by the Legislature in April 2021 and signed by Gov. Jim Justice did not violate the 14th Amendment rights of an 11-year-old transgender girl who wanted to compete in middle school girls cross country and track and that it also didn’t violate federal Title IX regulations.

“We were thrilled with the win,” Morrisey, a Republican, told “Rob Schmitt Tonight.” “Keep in mind that this is a district court judge appointed by a Democrat, and we think he came up with the right decision. So we applaud him in West Virginia.”

In his ruling, Goodwin, who initially issued an injunction prohibiting the law from taking effect, wrote the legislation was “clearly carefully crafted with litigation such as this in mind.” The law makes clear definitions of what a biological male and female are, and its reasoning is to make sports fair based on the inherent physical differences between males and females.

“A transgender girl is biologically male and, barring medical intervention, would undergo male puberty like other biological males,” Goodwin wrote. “And biological males generally outperform females athletically. The state is permitted to legislate sports rules on this basis because sex and the physical characteristics that flow from it are substantially related to athletic performance and fairness in sports.”

Biological males identifying as transgender competing in women’s sports splashed across headlines last year when Lia Thomas became the first transgender athlete to win an NCAA Division I title in any sport in the women’s 500-yard freestyle at the swimming and diving championships in Atlanta. West Virginia is among several states that have passed or introduced legislation to ban transgender girls or women from competing against biological females.

“We were pleasantly surprised that the judge made the decision, but I want to applaud him because he did the right thing,” Morrisey said.

He said he is expecting the case will be appealed.

“We’ll be ready,” he said. “We’re right on the law, and this is something that should not stand in West Virginia or America or anywhere.”

NEWSMAX is the fastest-growing cable news channel in America!